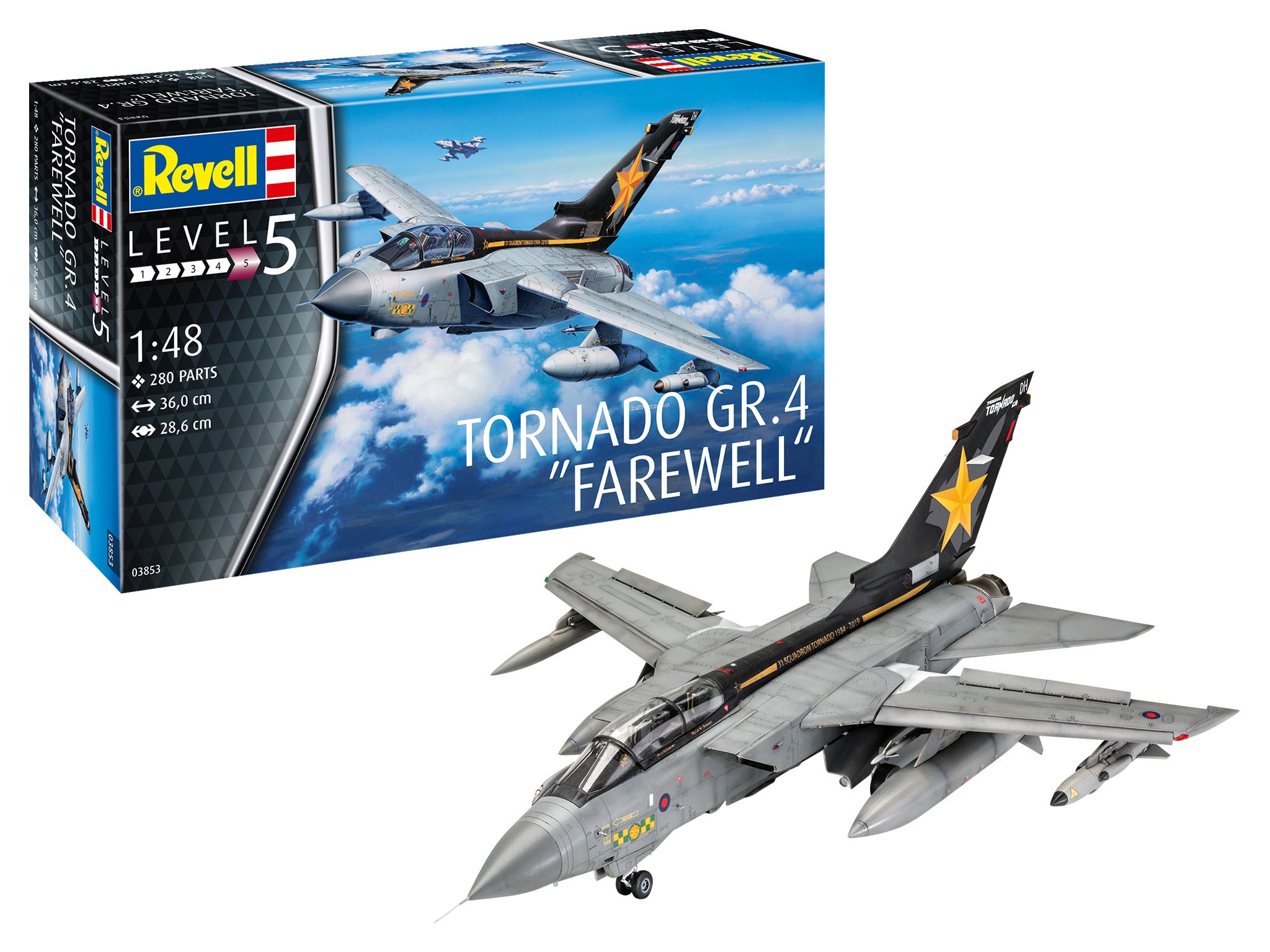 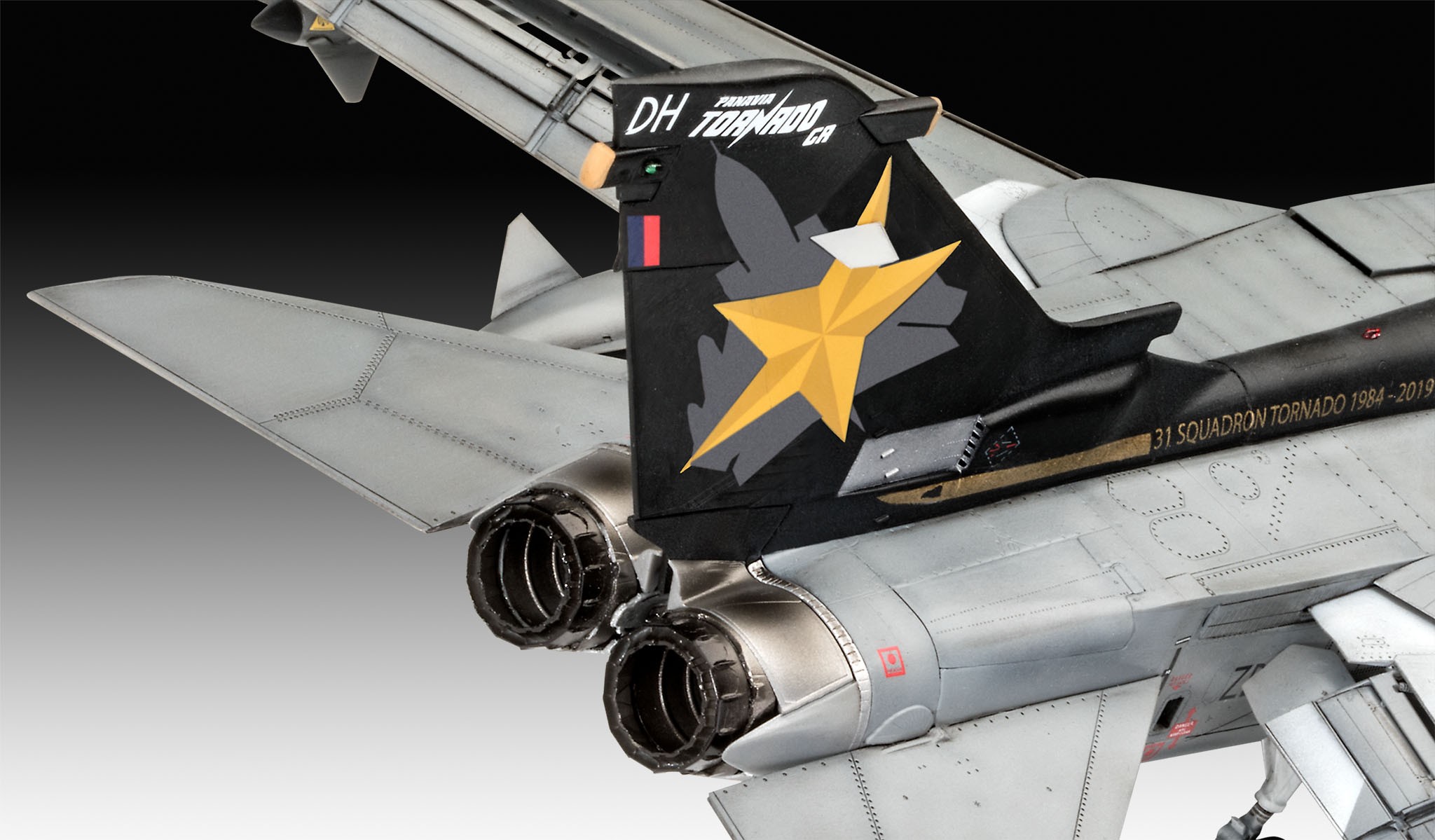 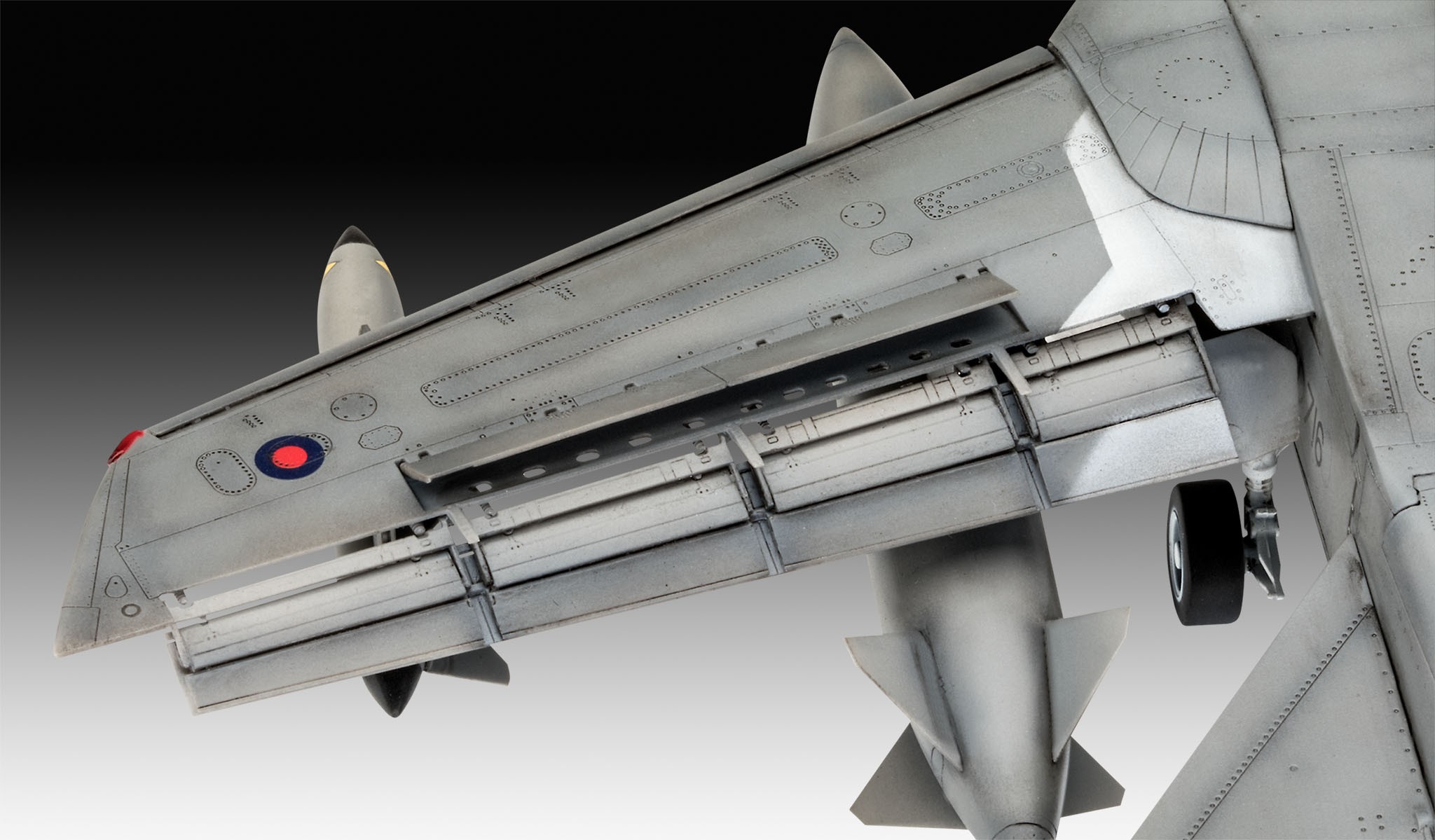 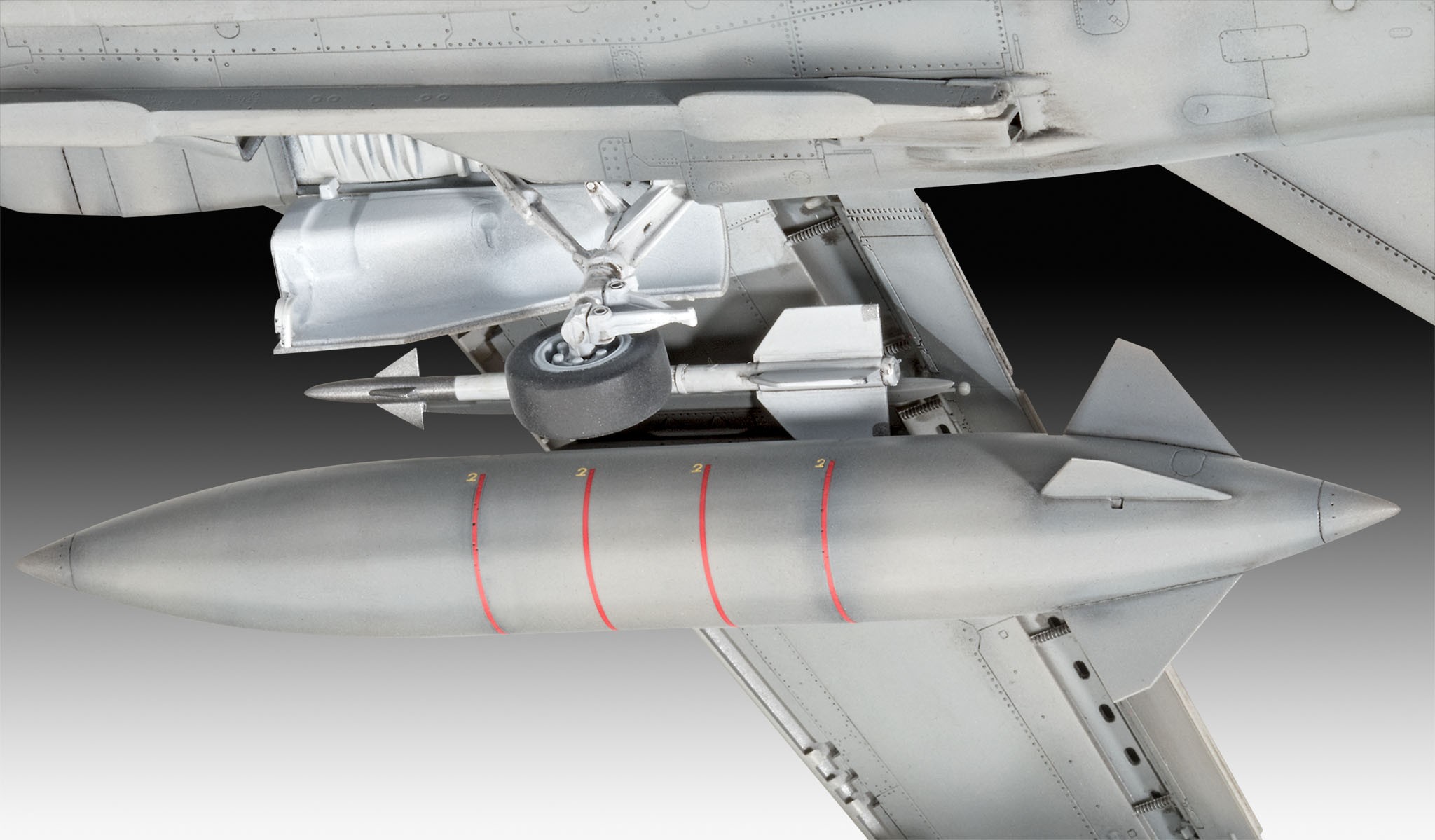 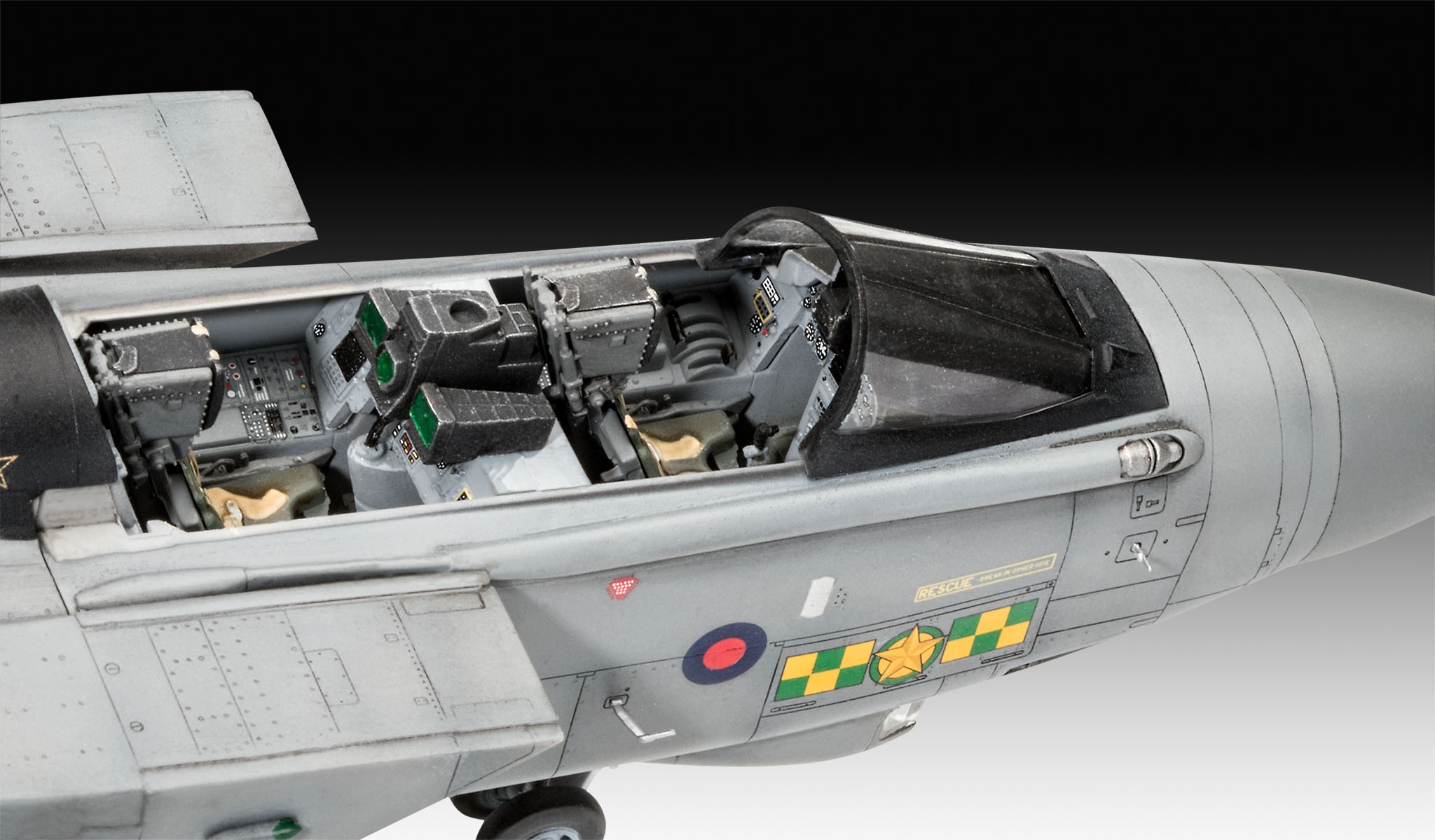 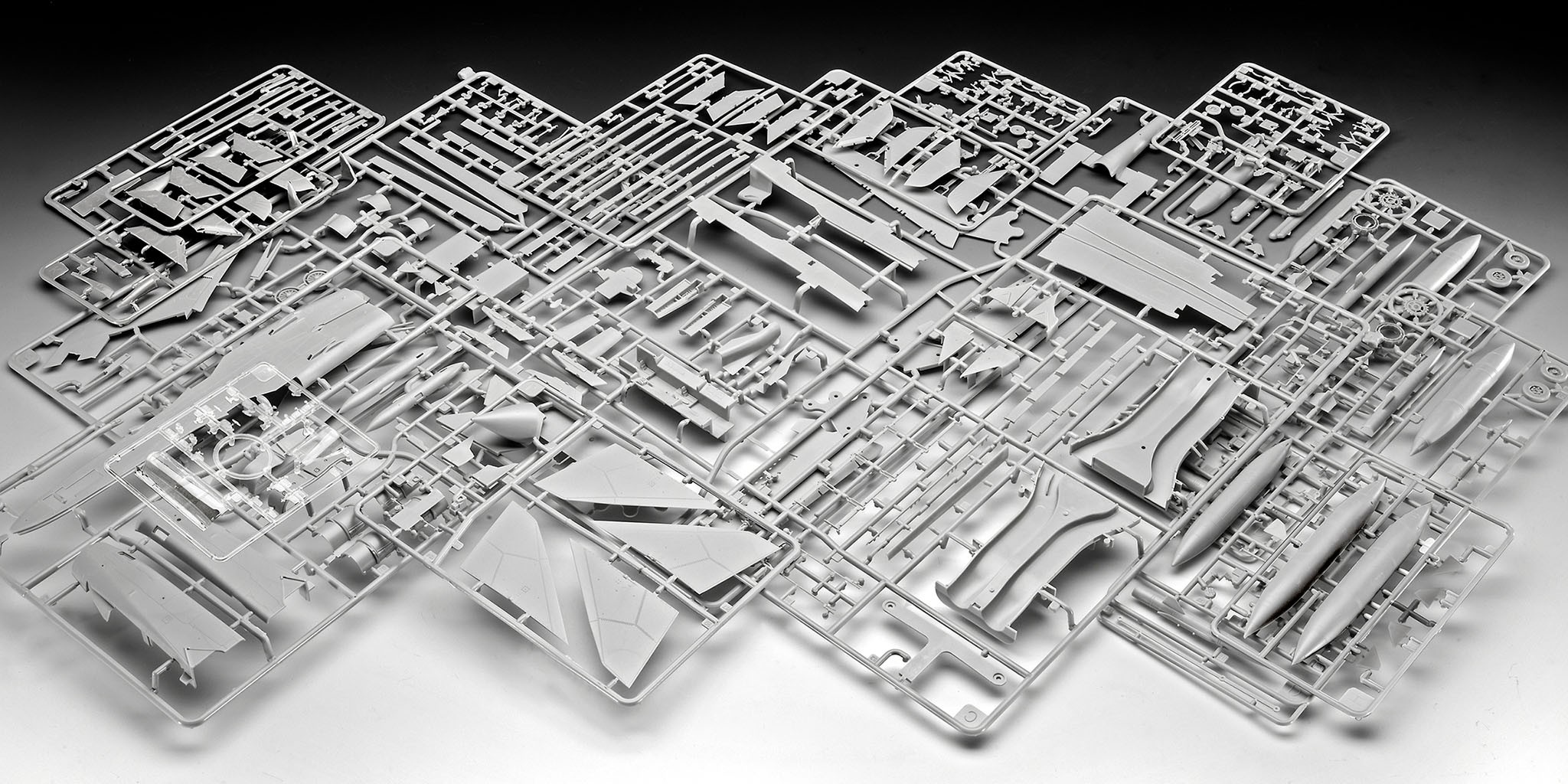 If you are interested in modern military history, you can't miss the Tornado GR.4. The RAF (Royal Air Force) fighter jet defined the missions of the British Luftwaﬀe for decades. And it is precisely this jet that is now taking the hearts of accomplished modellers to lofty heights! This 1:32 scale modelﬂugzeug brings with it everything that guarantees hours of crafting fun and should not be missing from any collection!

More than three decades in Her Majesty's service

For a full 35 years, the Tornado GR.4 was the pride of the Royal Air Force, the "Royal Luftwaﬀe". Then this unique multi-role fighter was put into well-deserved retirement - its successor, the F-35, is now taking to the skies over Britain.

For the farewell in February 2019, the skies over eastern England shone in deepest blue as the last jets in a formation of nine showed what they could do one last time.

Many visitors were thrilled at the sight of the aircraft and even more so when they saw the colourful special livery that the RAF's 31st Squadron had given its star as a farewell: a golden star on the tail fin, competing with the sun far above!

The extremely detailed model kit of the unique Tornado GR.4 multi-role fighter with the special Farewell decoration (the sign of the 31st of the RAF) impresses, among other things, with its separate wing flaps and the movable Schwenkﬂügel. The age recommendation for this aircraft model with difficulty level 5 is 13+.

It includes everything to take off immediately: