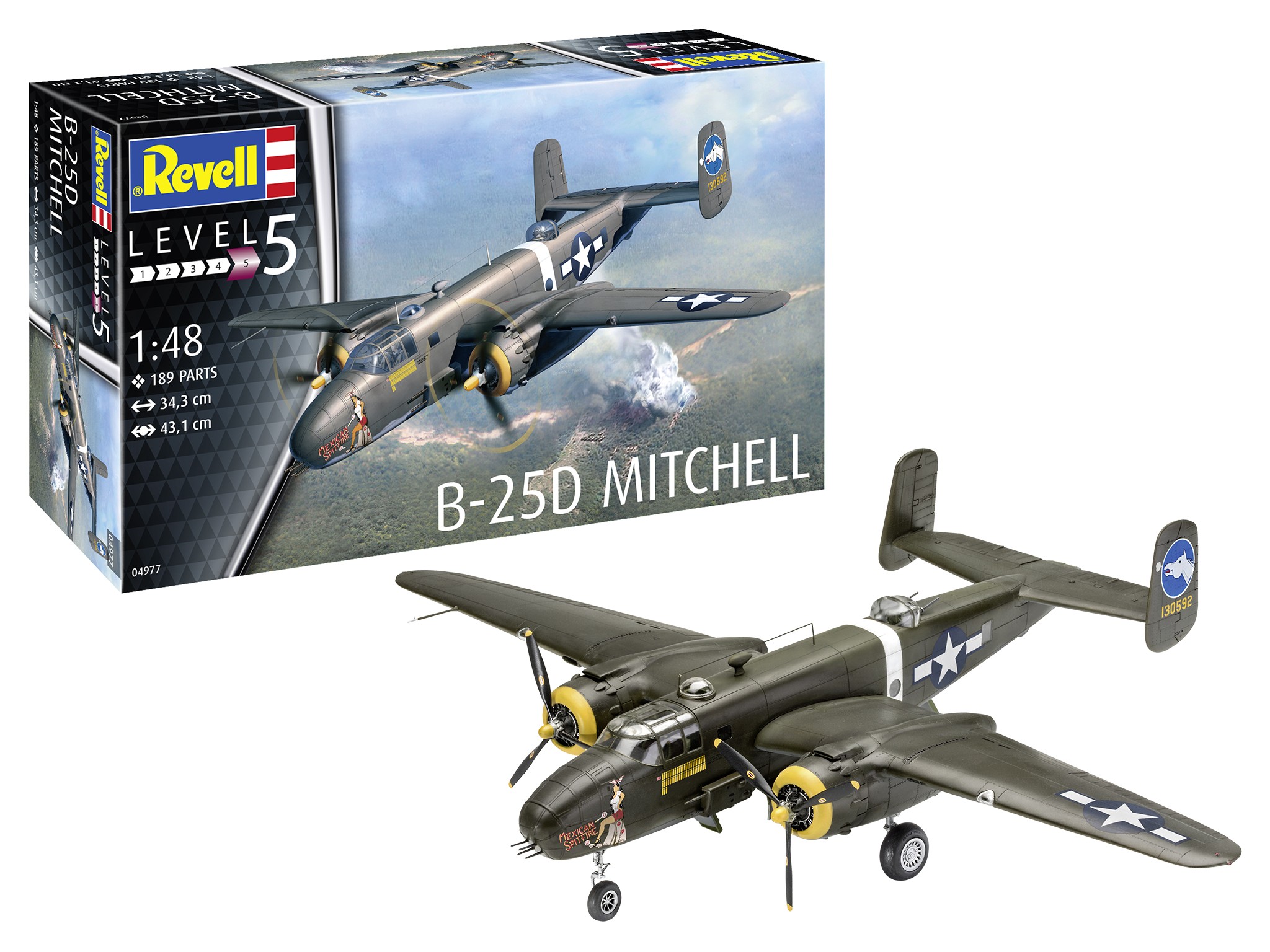 Model kit to the twin-engine B-25 "Mitchell", which is often called the best aircraft in the class of medium bombers. The B-25 was considered robust, very reliable and could continue to fly despite the failure of one engine. For defense, it had, among other things, a twin MG in the electrically powered rear turret.

Authentic representation of the following versions: