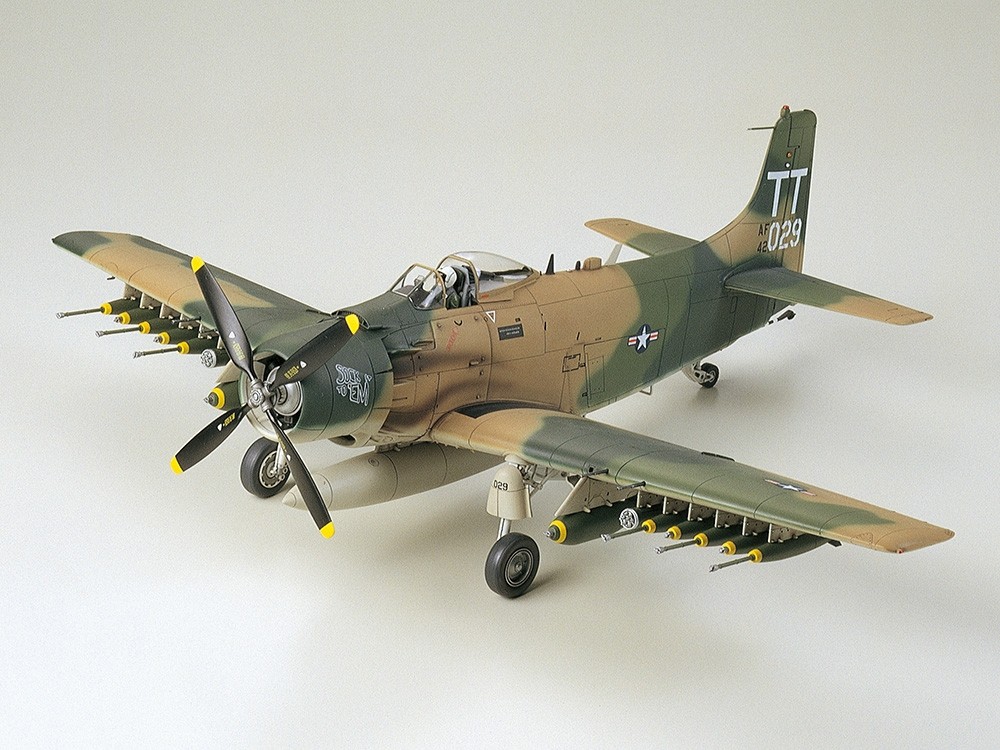 Originally designed as a carrier-borne attack aircraft, the Skyraider eventually had a distinguished career which spanned over thirty years. The A-1J variant which was introduced in 1956 equipped the U.S. Air Force, which employed it as an escort for search and rescue helicopters as well as in the normal ground attack role. Distinctive features of the USAF version such as the various antennas on the fuselage have been accurately reproduced and the kit includes an impressive arsenal of bombs, rocket pods, and gun pods with which to arm the model. One pilot figure and two marking options are also included.