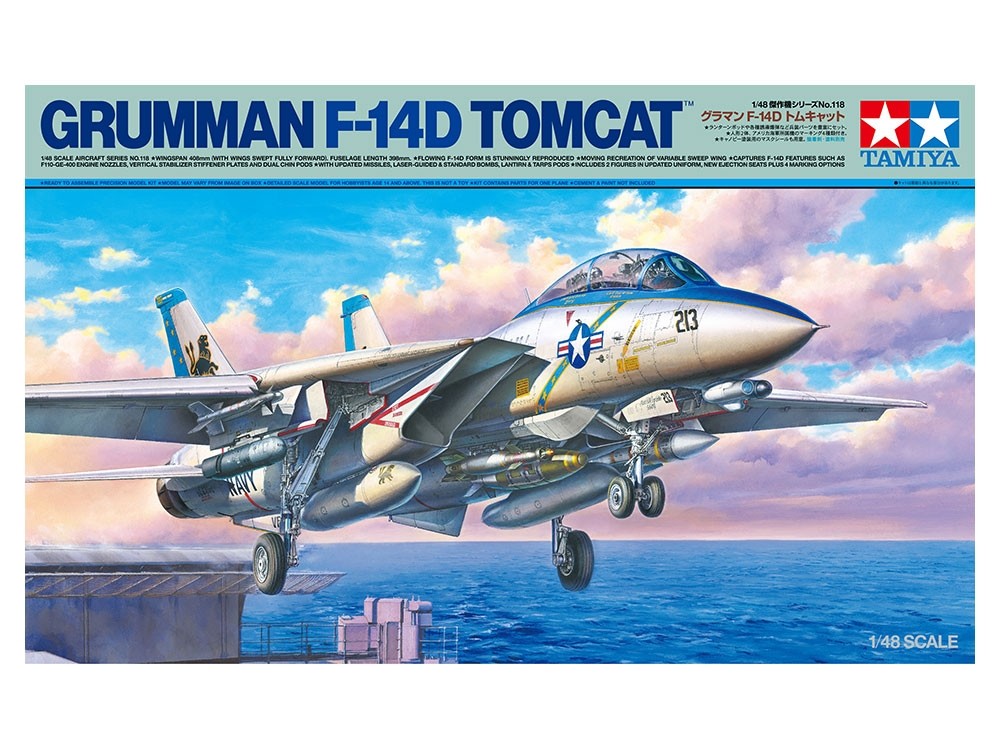 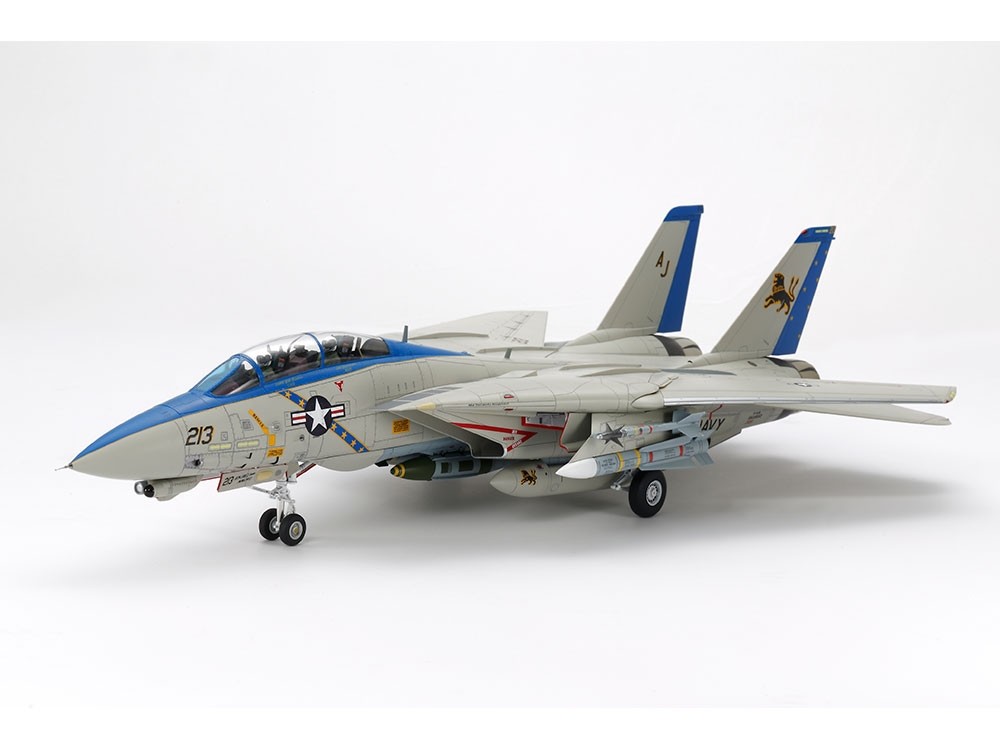 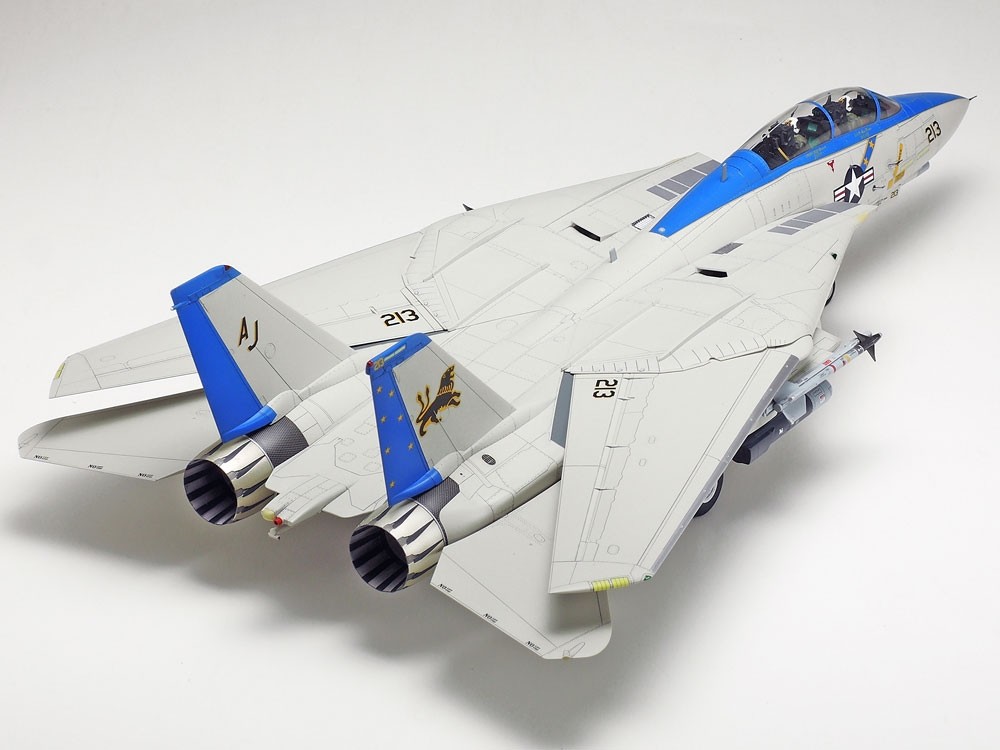 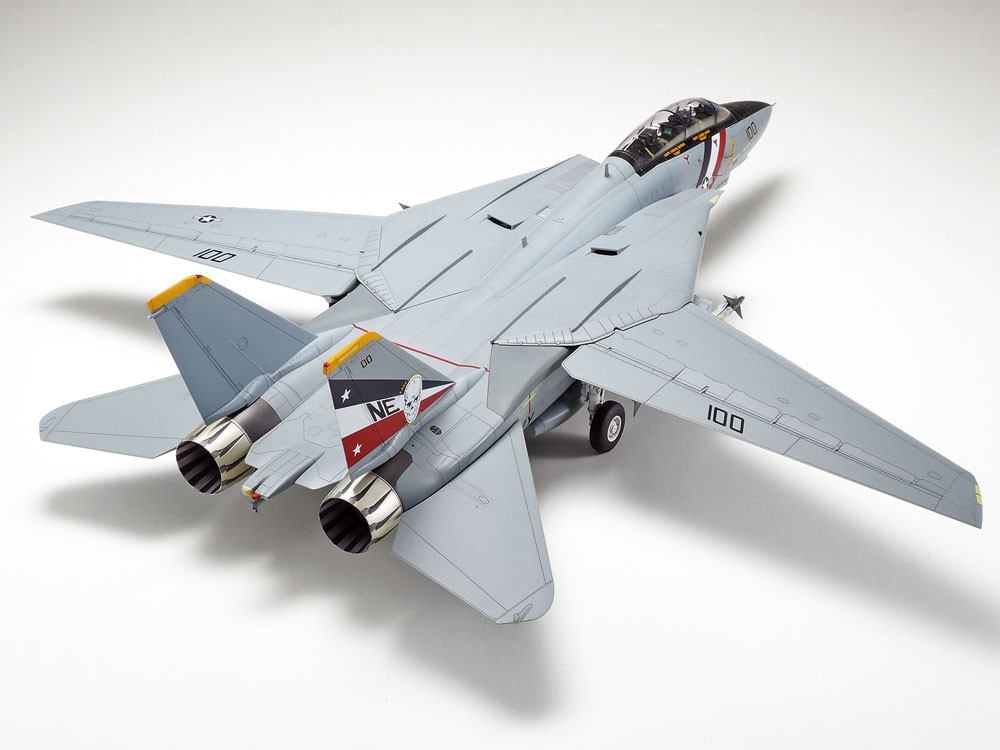 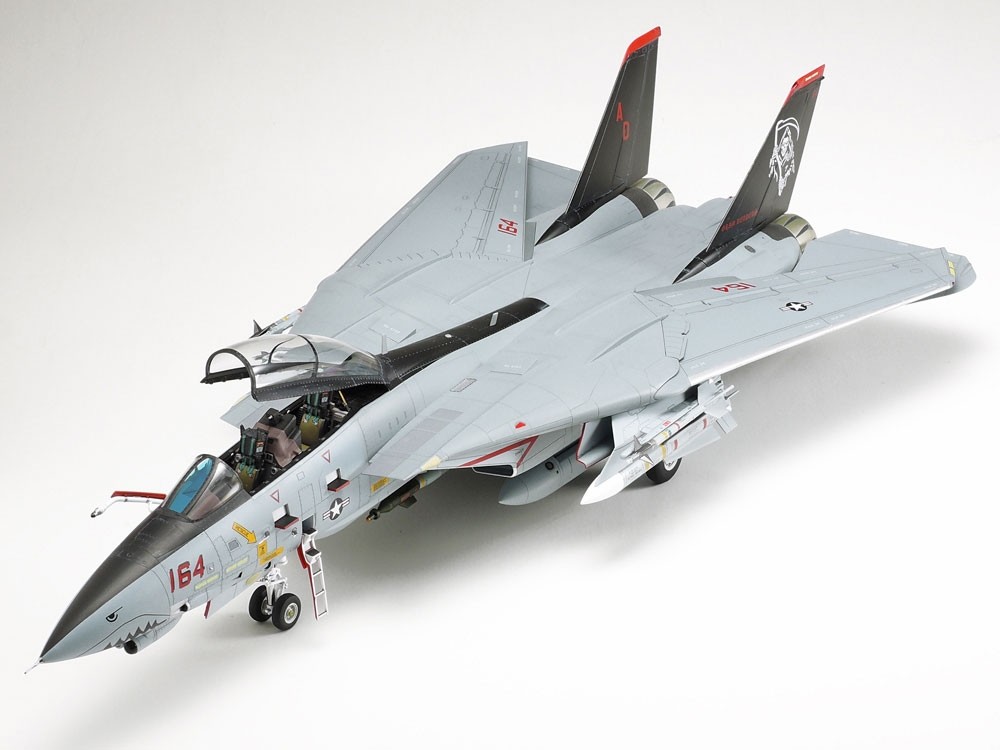 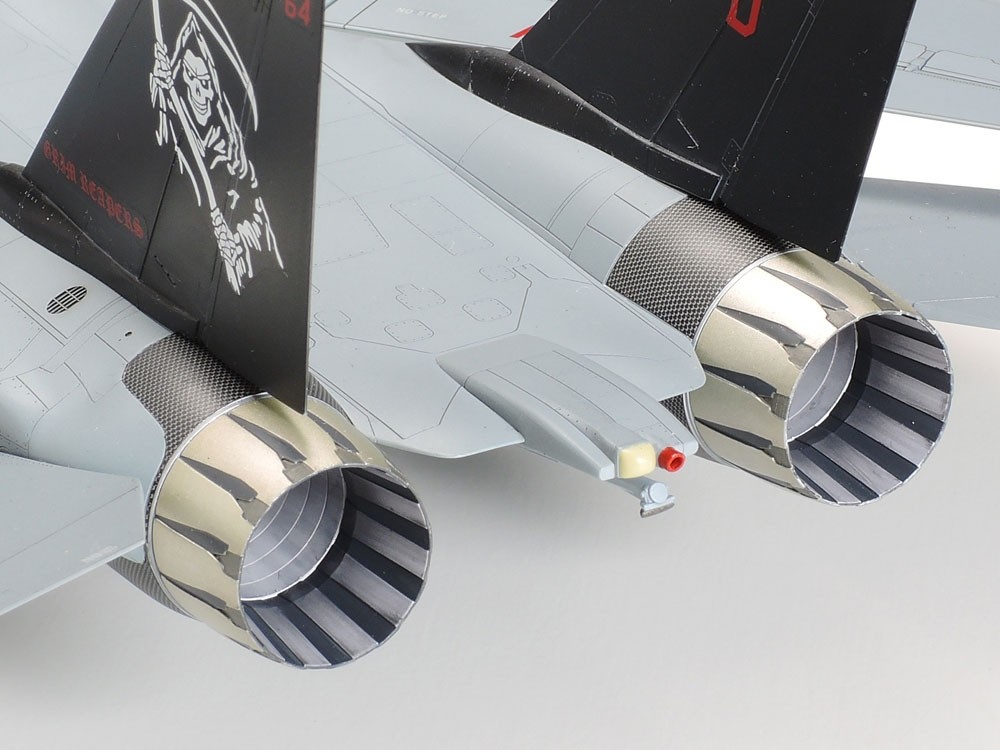 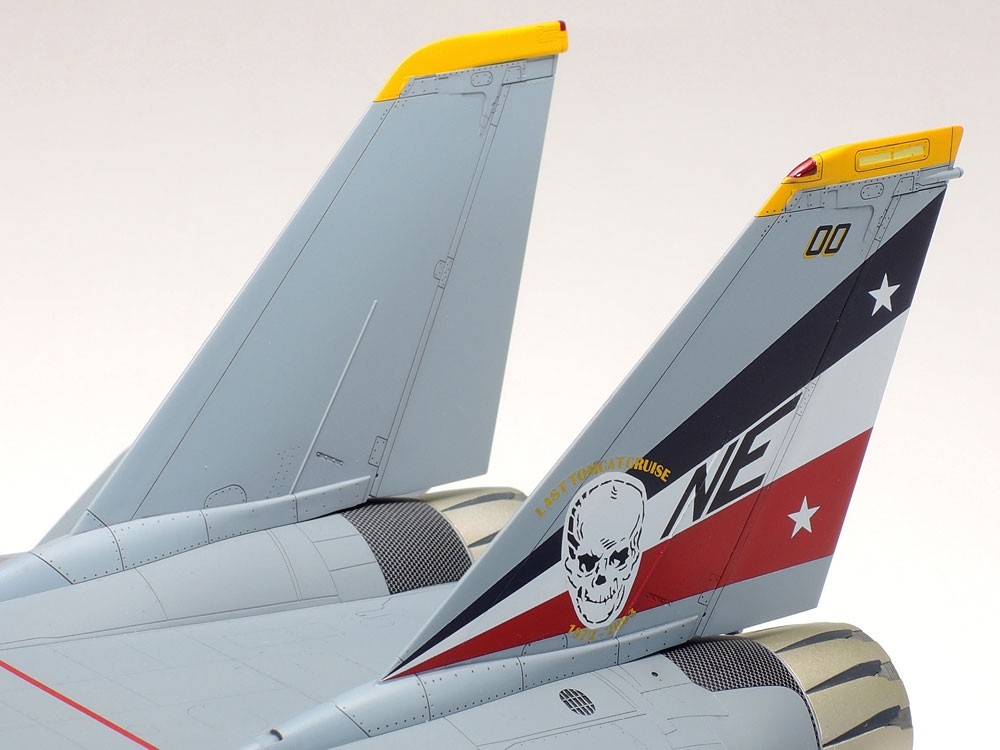 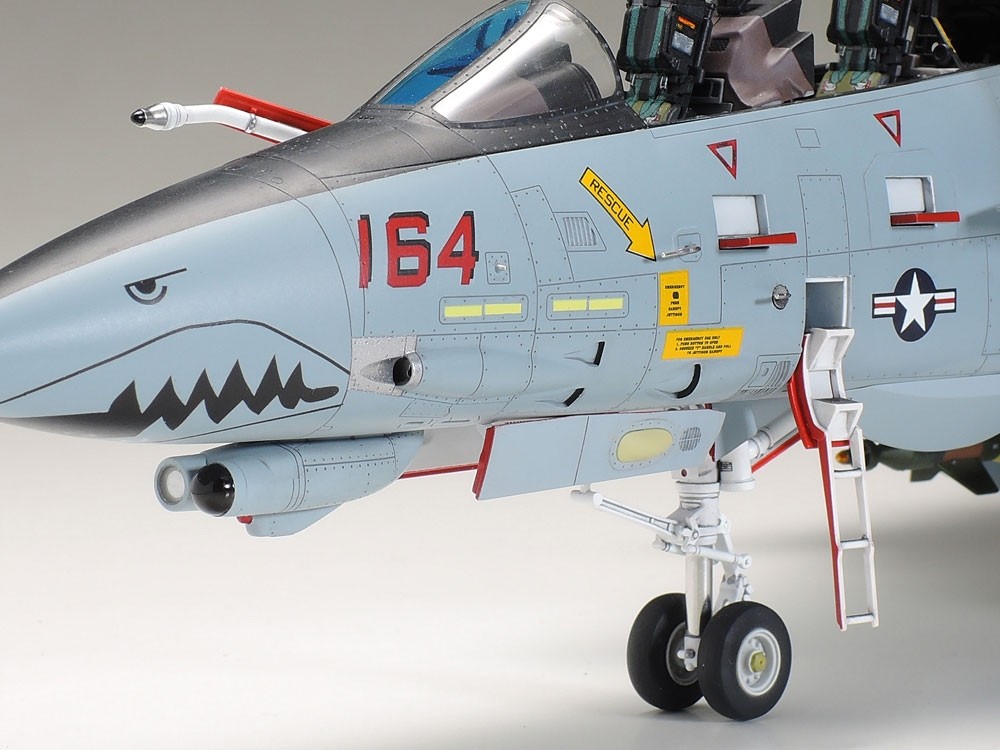 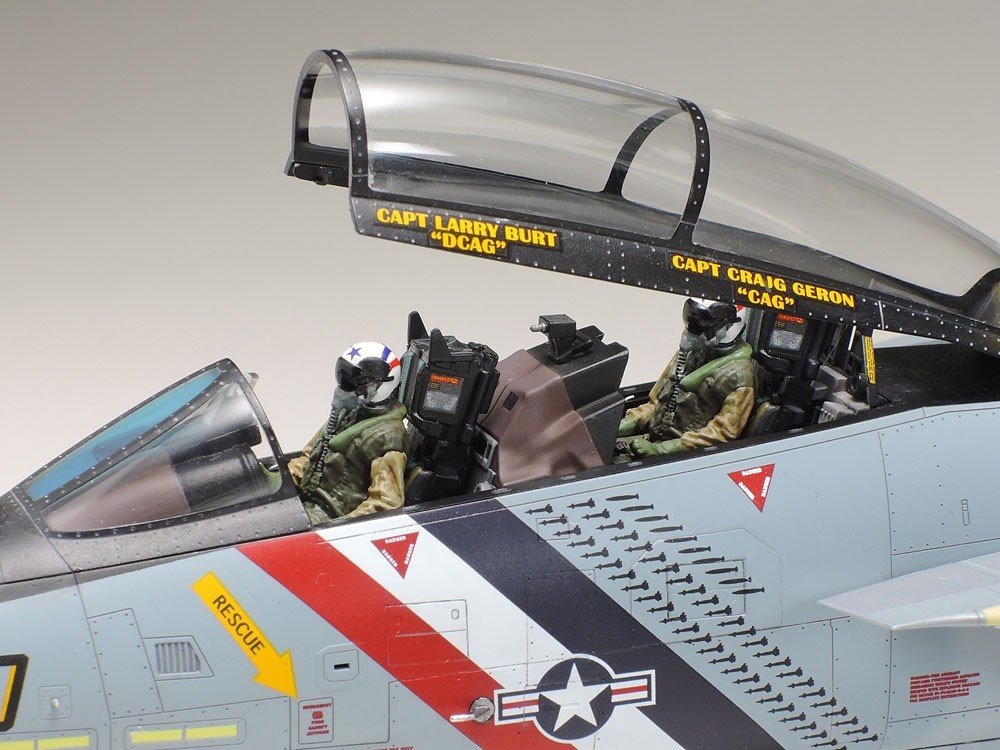 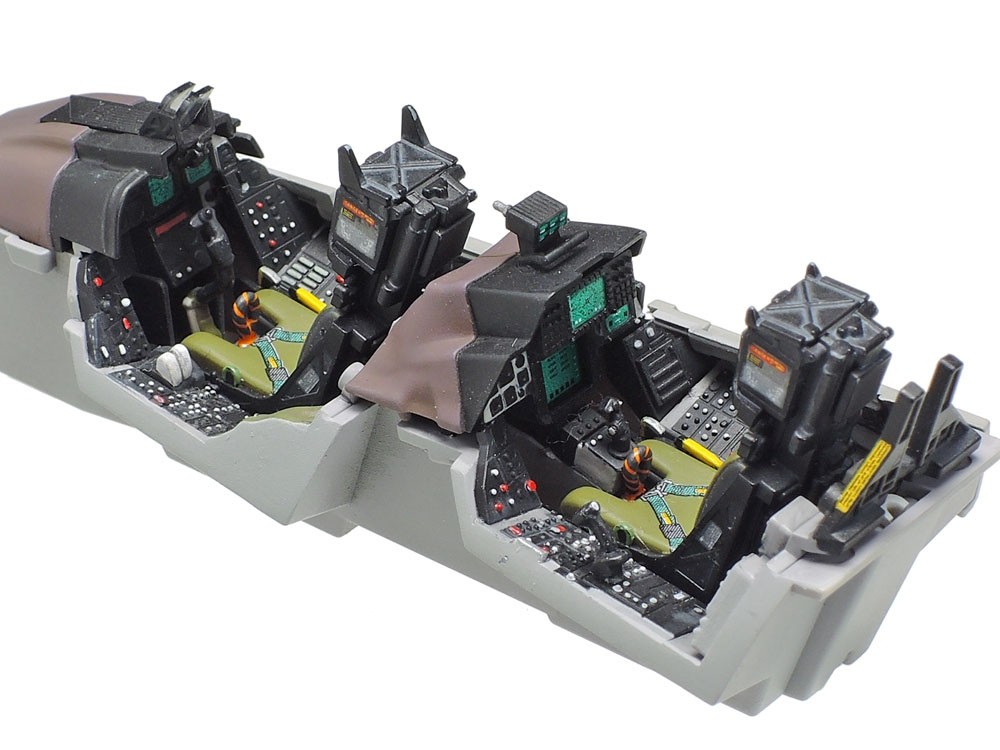 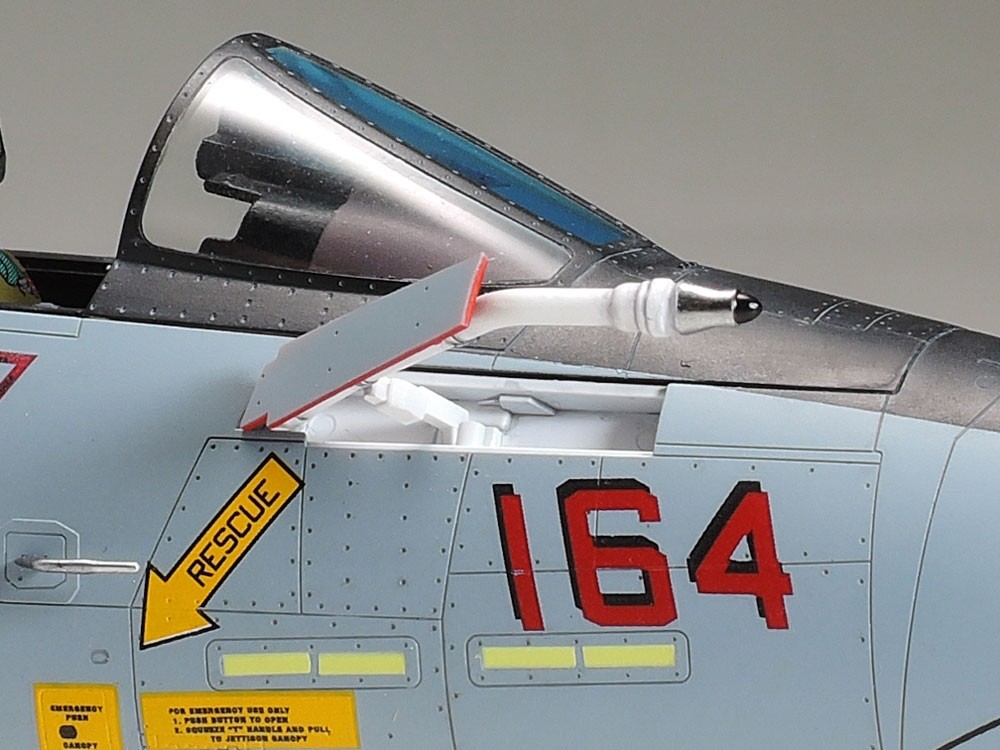 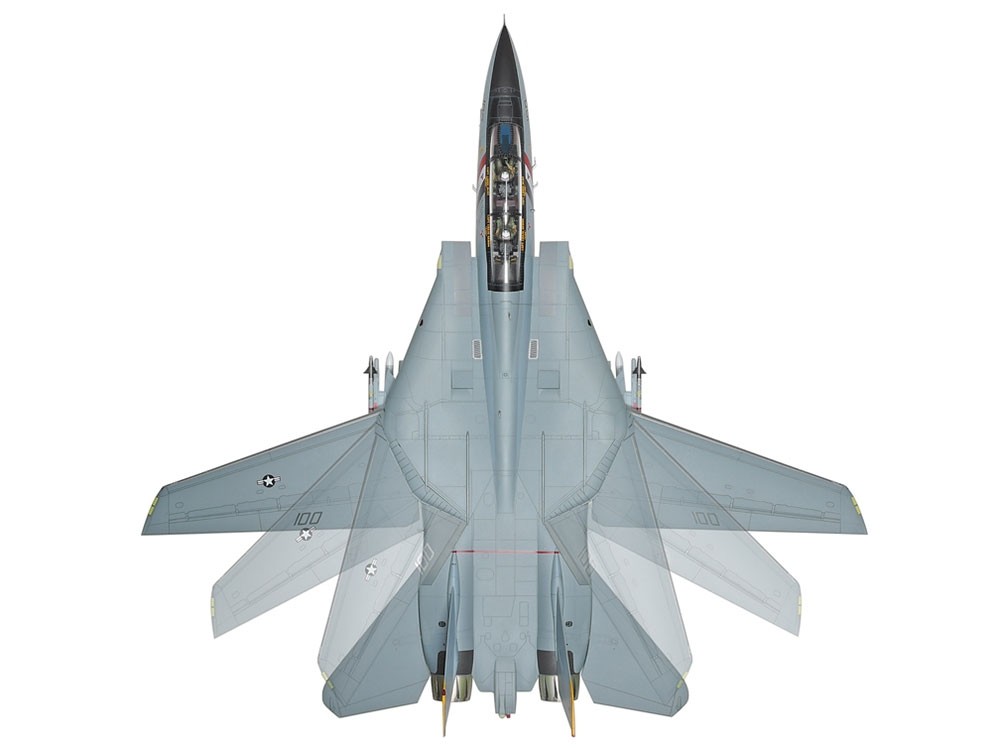 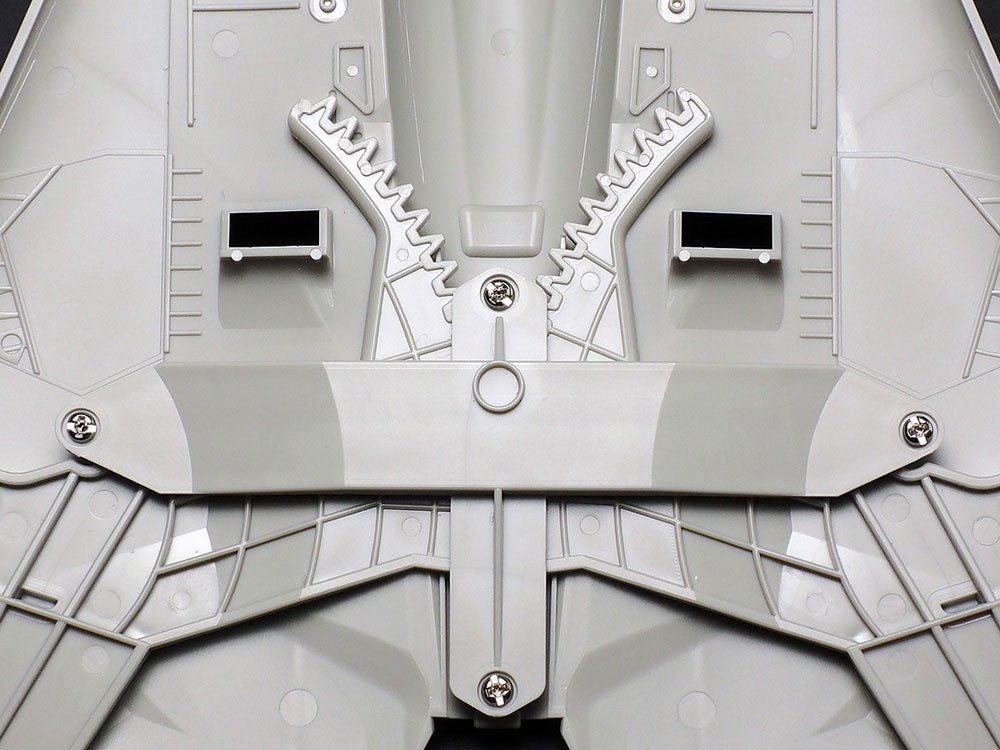 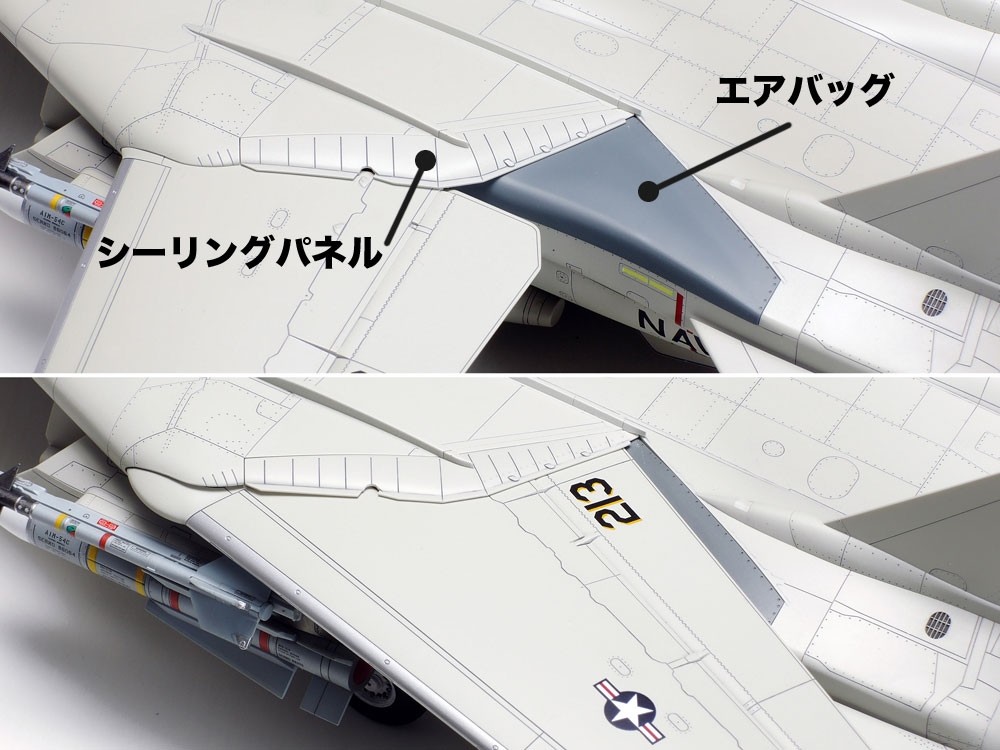 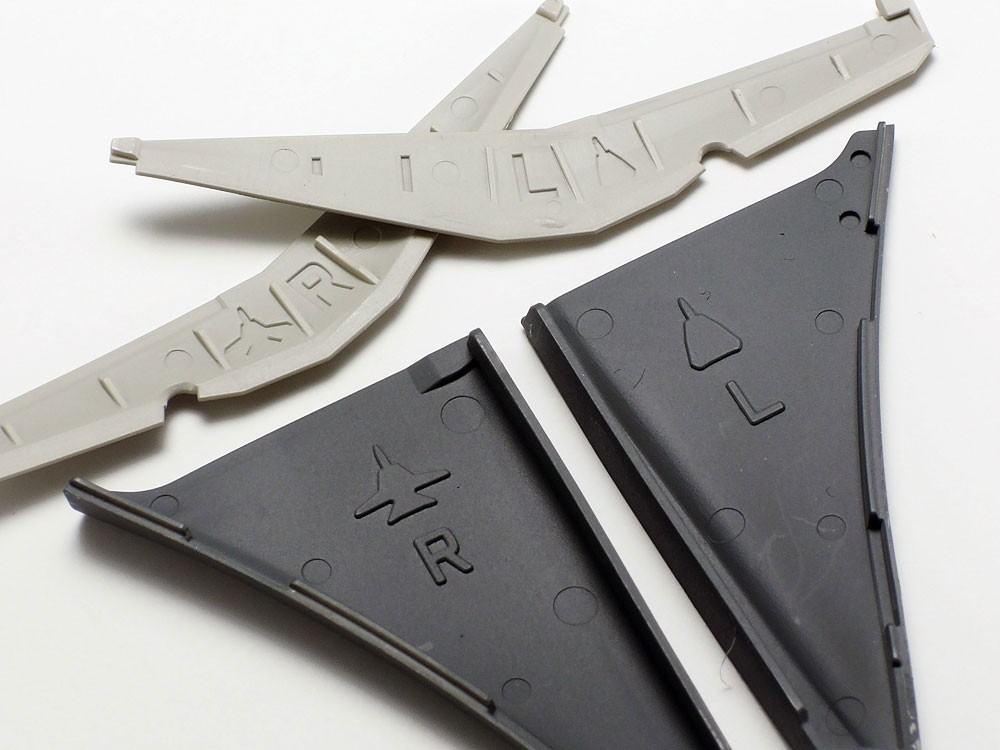 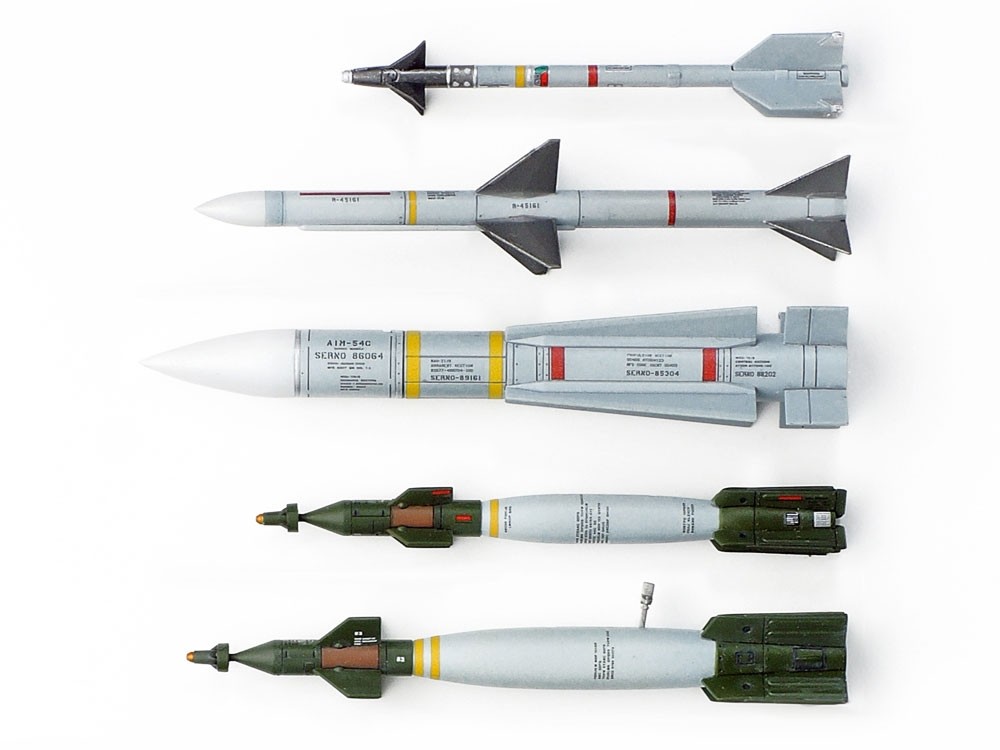 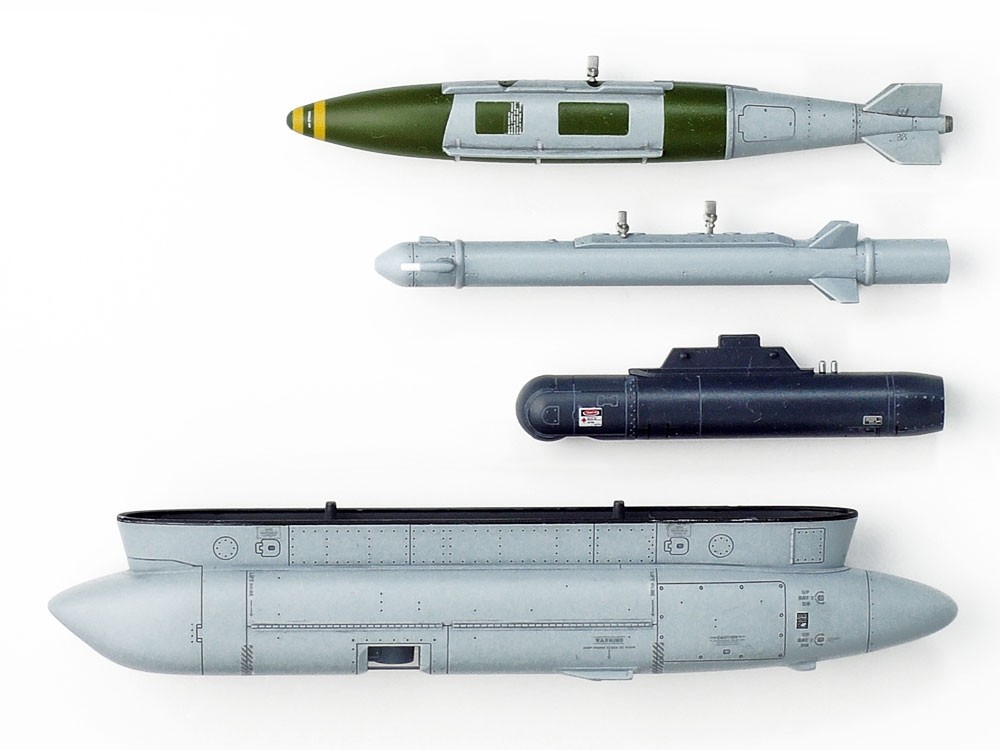 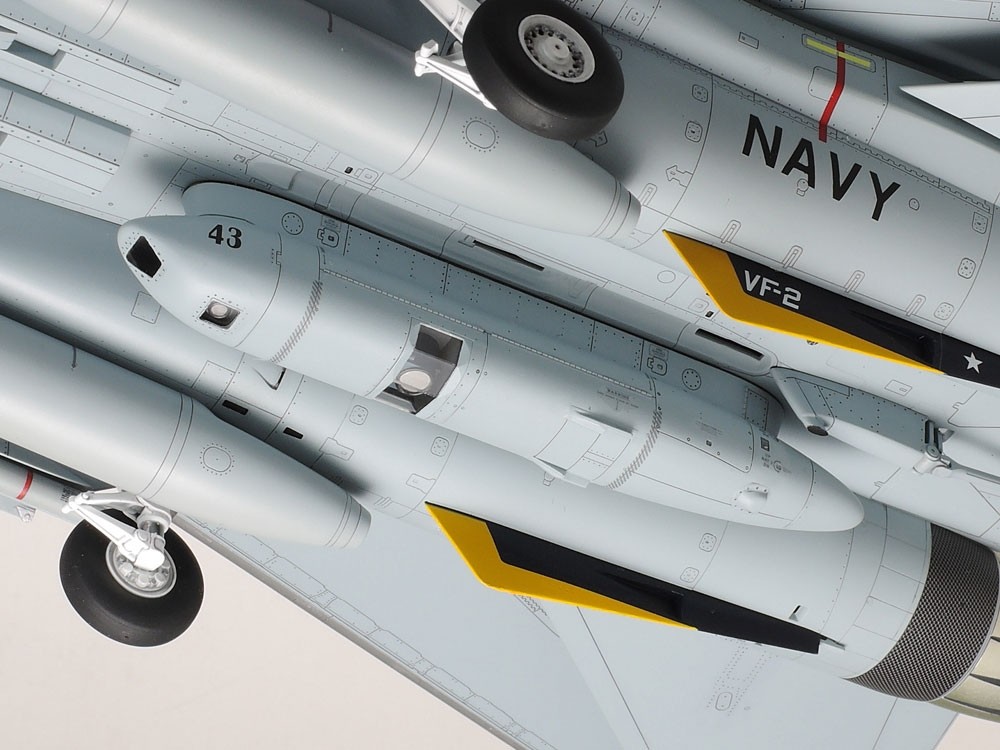 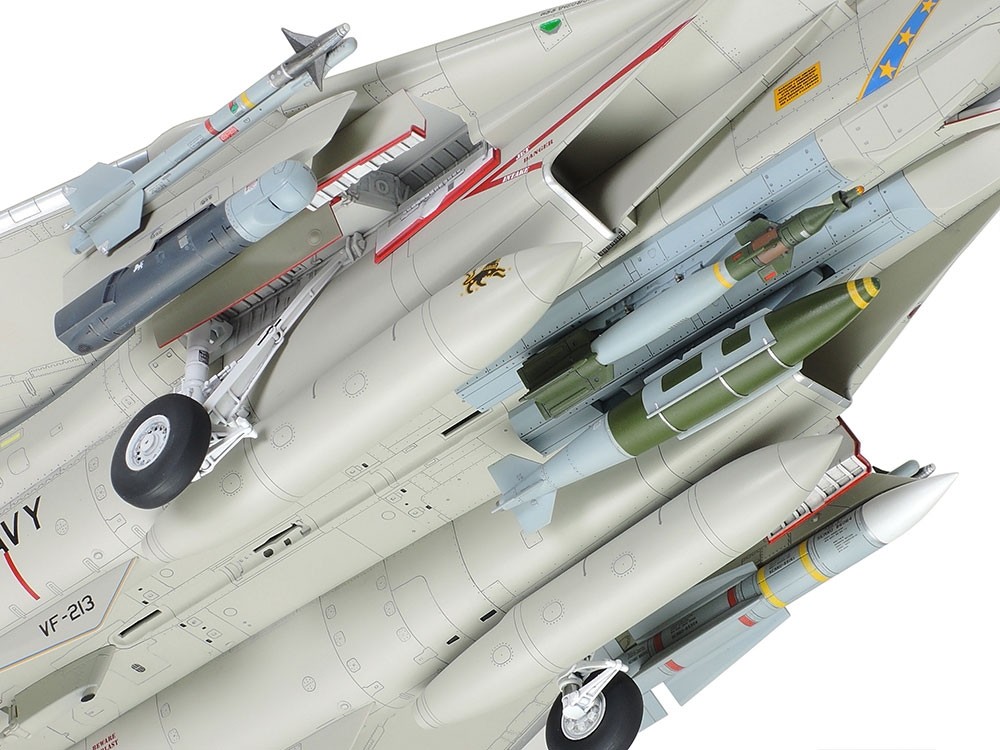 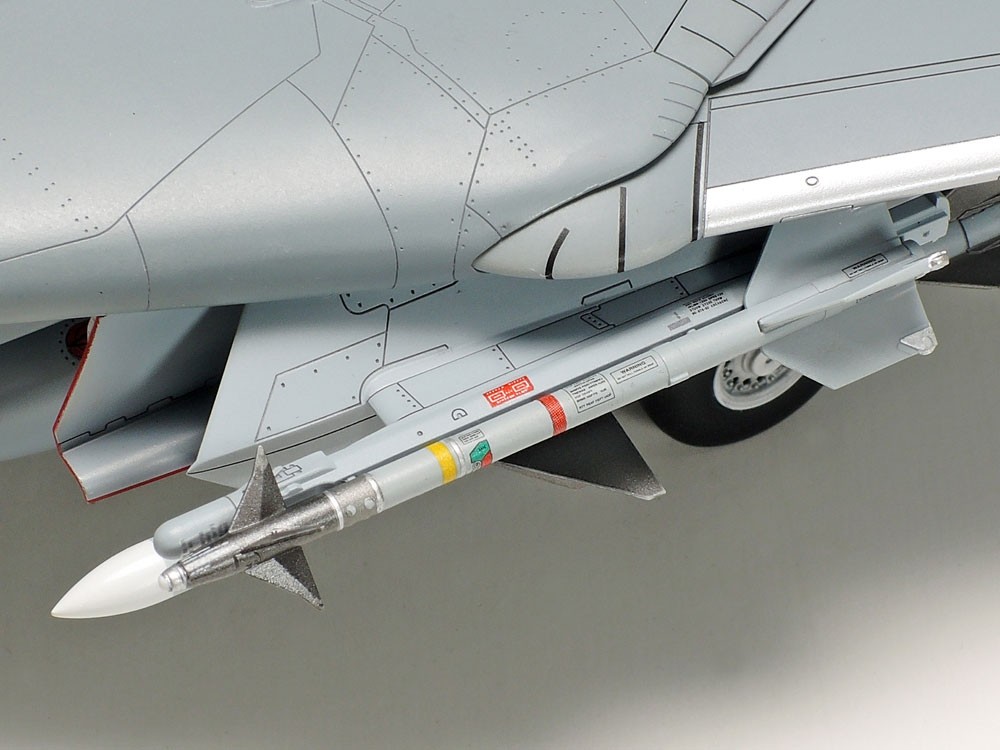 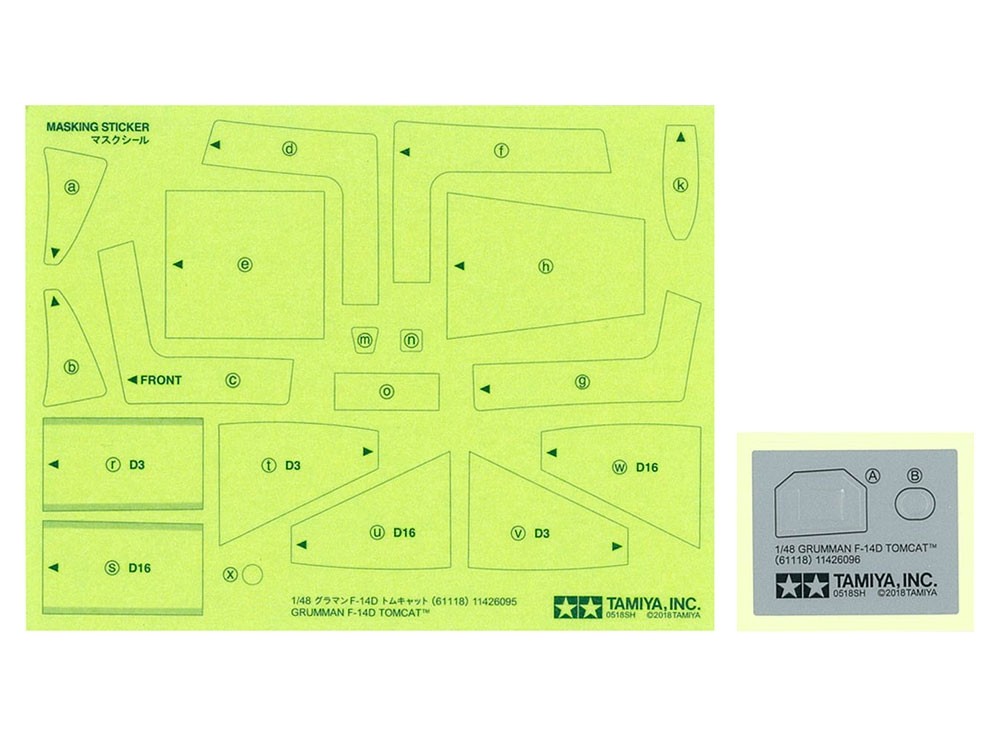 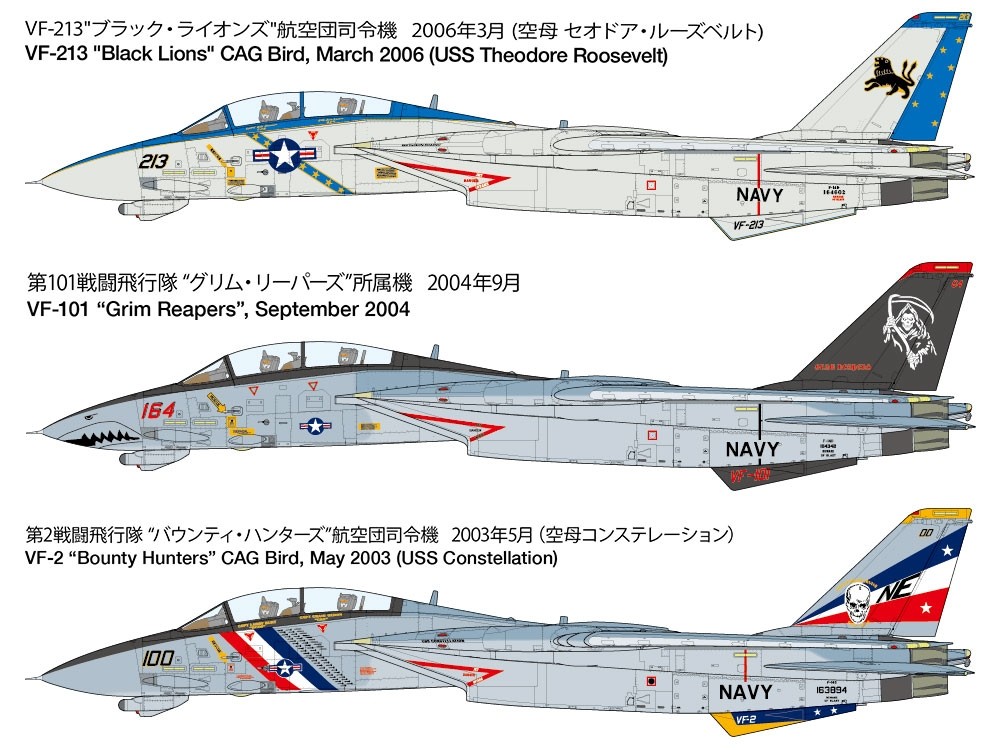 A Refined Cat
The highly successful F-14 Tomcat was in service for over 30 years, evolving from its initial role as a carrier-based fighter into a multirole aircraft with bomber and reconnaissance capability. As part of that process, it was fitted with camera pods from the 1980s, and then from the 1990s bestowed with air-to-ground attack and long range bombing mission capability. F-14D aircraft had improved power with General Electric F110-GE-400 engines and major upgrades to weaponry and avionics, making it perhaps the most polished of the Tomcats. 55 in total were supplied, and reached units from 1992, serving in skies over Iraq and Afghanistan.

★One of the marking options in the kit is for the VF-213 "Black Lions" Wing Commander's aircraft.
★This image shows the kit assembled as an F-14D of the famed VF-101 "Grim Reapers."
★Here is a picture of the kit assembled as an F-14D from VF-2, the "Bounty Hunters."
★Single part depictions of F110-GE-400 engine nozzles for superb realism and fuss-free assembly.
★The model features faithful depictions of the vertical stabilizer stiffener plates.
★F-14D-specific features at the front include the dual chin pods and gun gas purge vents.
★Cockpit has depictions of F-14D ejection seats, and crew in newer uniforms. Canopy is openable.
★F-14D cockpit features such as updated forward and aft displays are accurately captured.
★Separate parts are included to depict the fuel probe on the right of the nose extended or retracted.
★Wing moves smoothly between 20° (take-off, landing) and 75° (parked), thanks to two gear sections.
★This image gives a closer look at just how the gear sections for the wing mesh together.
★2 sets of parts depict wing sealing plates and air bags in fully swept and forward positions.
★Sealing plate and air bag parts are marked on their reverse to help avoid confusion when attaching.
★Recreations of updated AIM-9L/M, AIM-7F and AIM-54C missiles, plus GBU-12 and GBU-16 guided bombs.
★Also included are depictions of GBU-31 JDAM, AN/ALQ-167 jamming pod, AN/AAQ-25 LANTIRN, and TARPS.
★Model can be assembled with ordnance for Std.CAP, bombing, reconnaissance missions and more!
★TARPS reconnaissance pod features a separate recreation of the internal camera, for max realism.
★Sidewinder launcher also features a different design to that of its counterpart on the F-14A.
★Left: A host of marking options are available in the kit, each with unique markings and ordnance patterns.
★Right: Masking stickers are included to help with the potentially tricky task of painting the canopy.