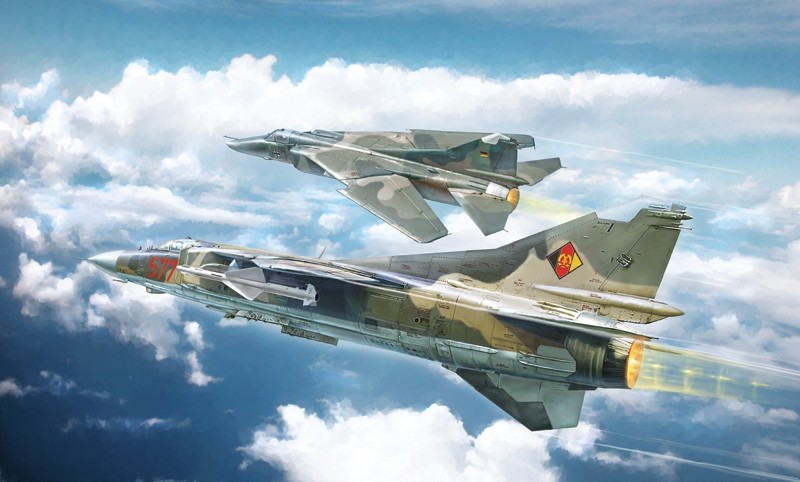 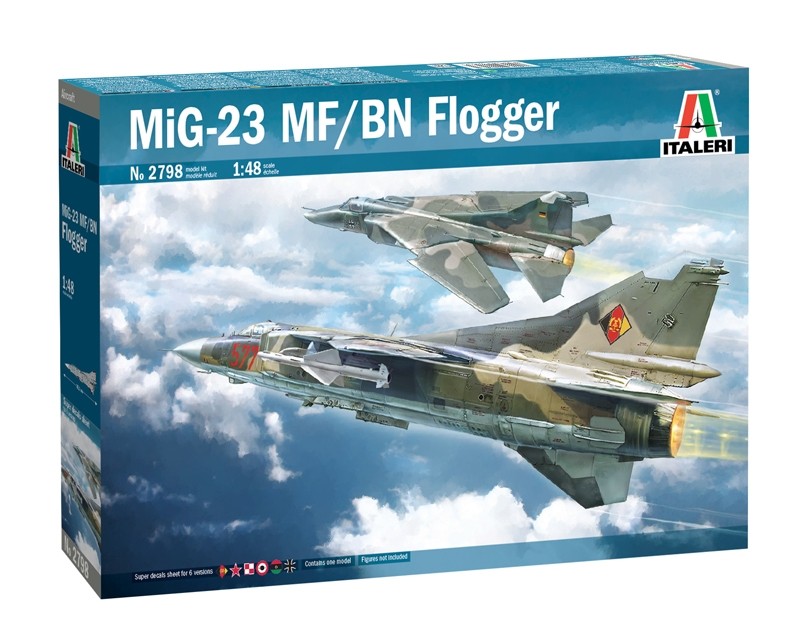 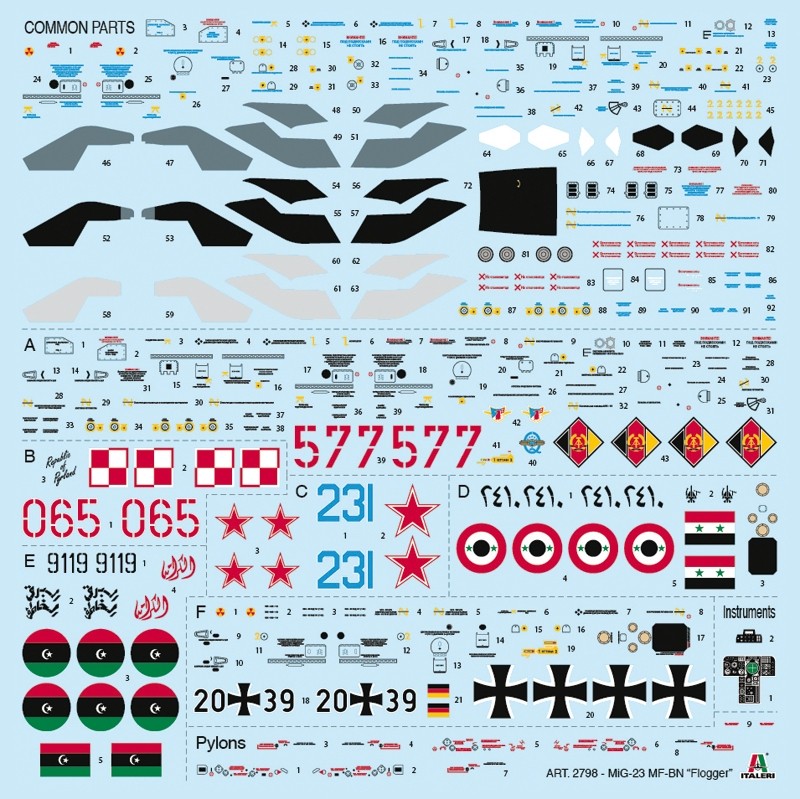 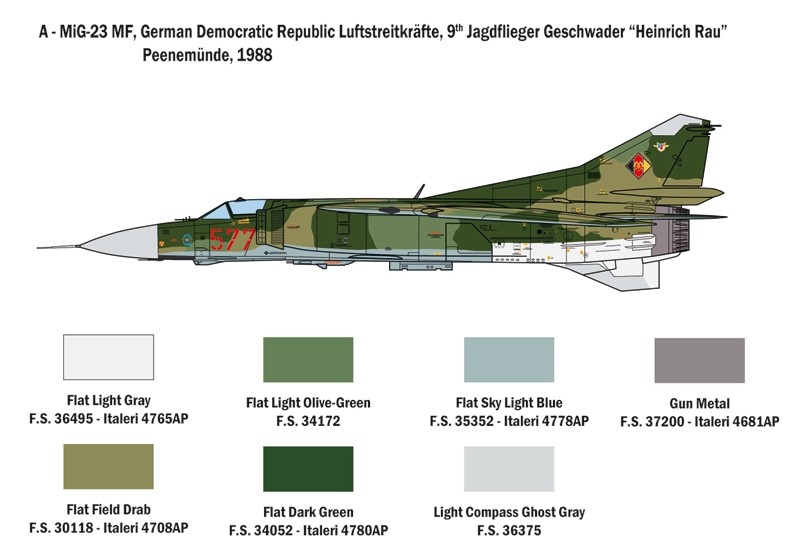 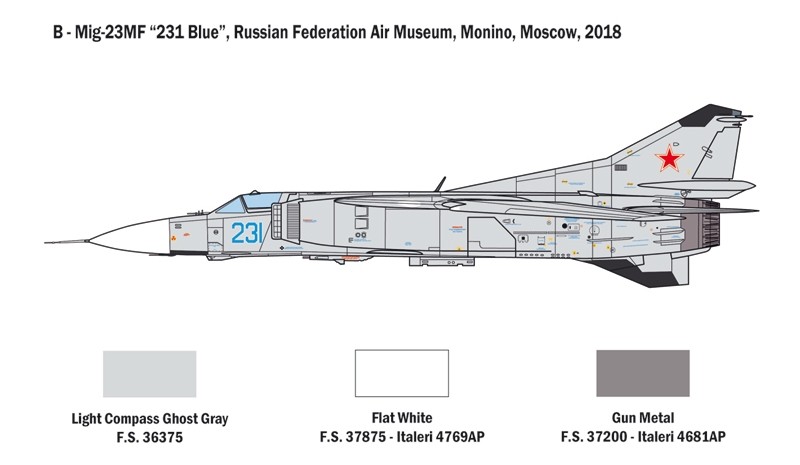 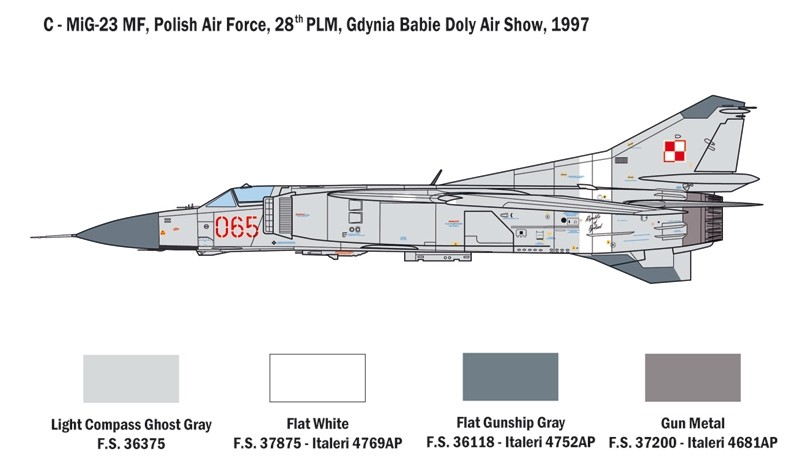 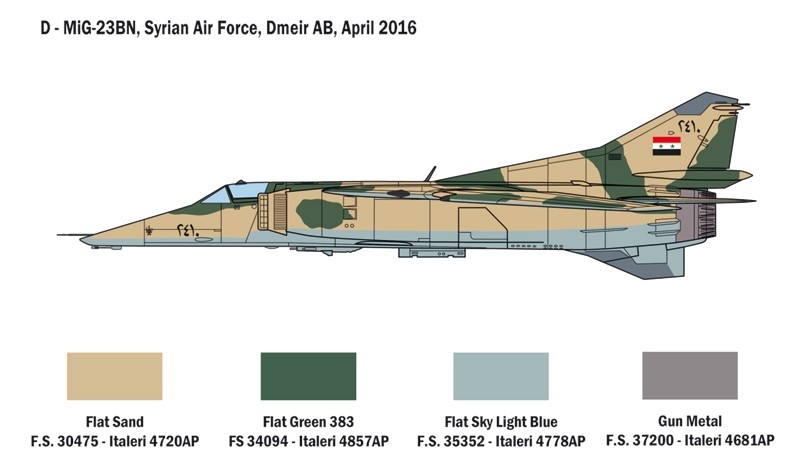 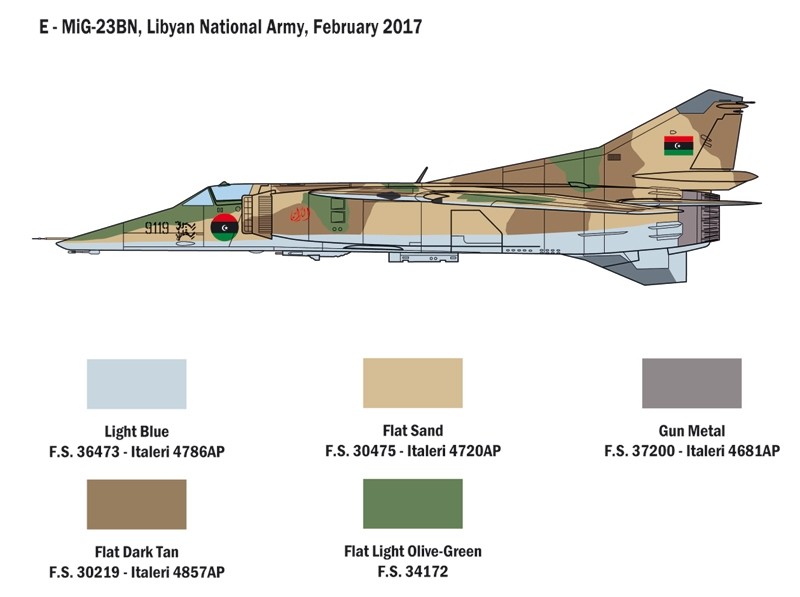 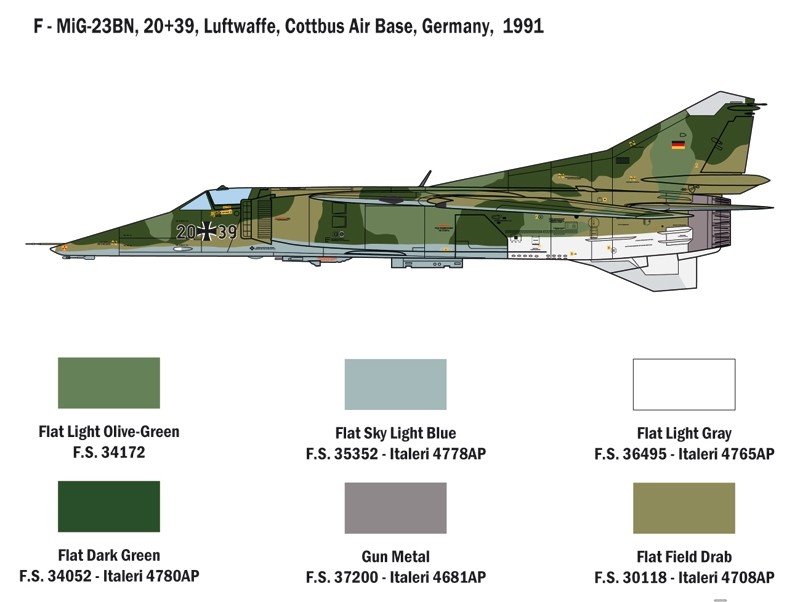 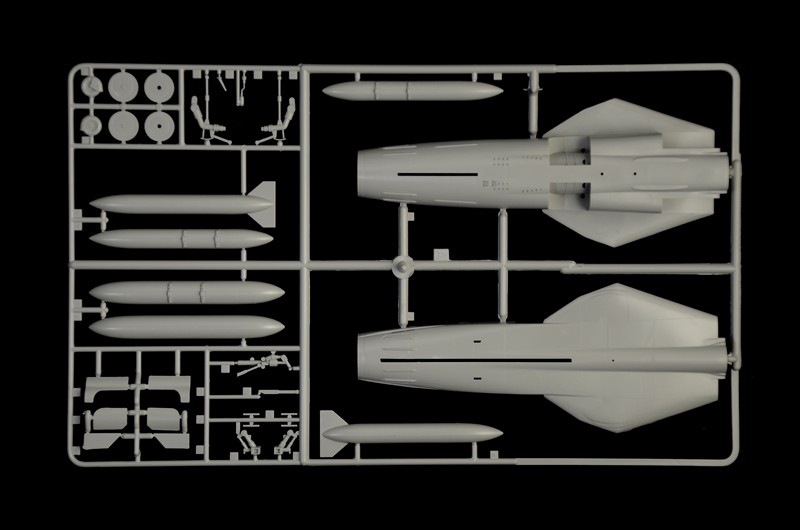 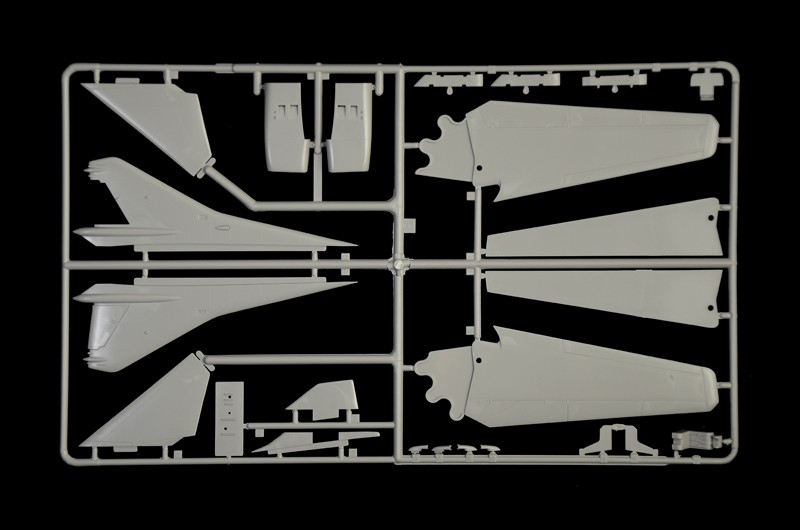 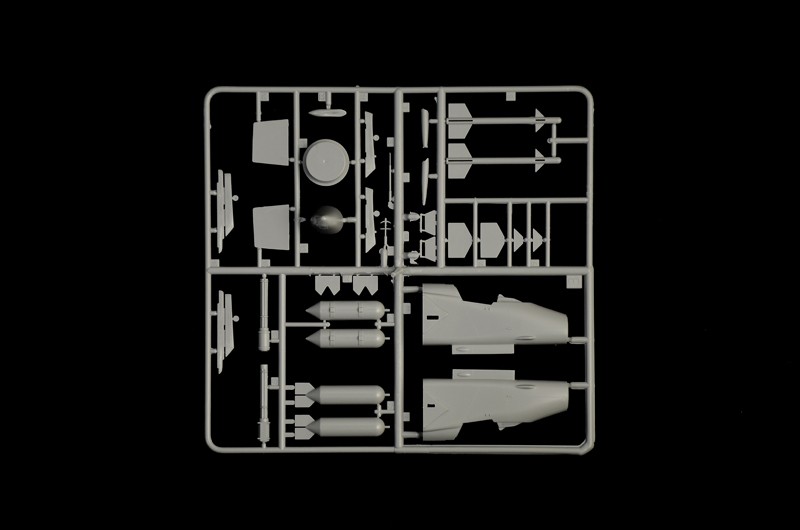 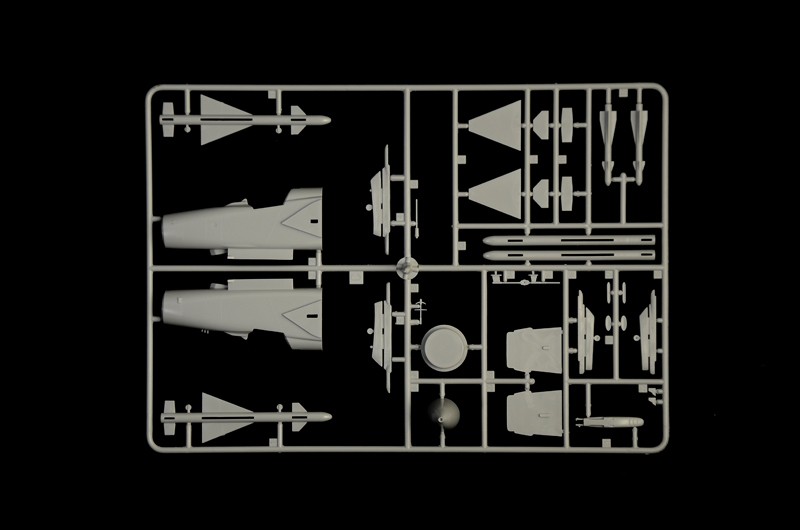 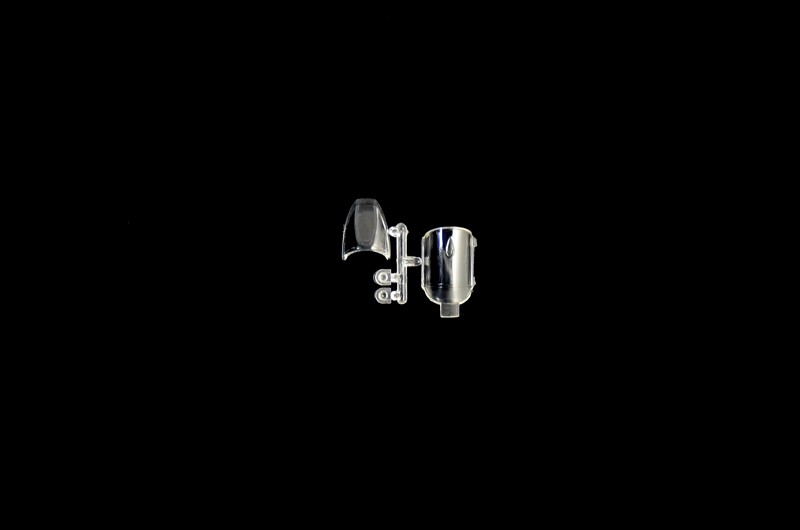 MiG-23 MF/BN Flogger Super Decals for 6 Versions - Color Instructions SheetDesigned and developed in the latter part of the 1960’s by Mikoyan-Gurevich, the Mig-23 has for many years been the backbone of the Warsaw Pacts’ fighter squadrons. Introduced into service in the early ‘70s to replace the fast and agile but operationally limited Mig-21, the Soviet single-seat fighter (NATO reporting name: Flogger) was characterized by the adoption of the variable swept-wing design. Due to its Tumanskij afterburning turbojet, the Mig-23 was able to reach a maximum speed of Mach 2.3. It was armed to perform its primary role with a 23 mm. gun and could also be loaded with various combinations of air-to-air missiles in its pylons. The ‘BN’ version was designed to perform strike and close support missions. The fighter was widely used by the Warsaw Pact Bloc and also by the air forces of several Countries supported by the former Soviet Union. The Mig-23 has consequently played an active role in many regional conflicts undertaking a variety of operational roles.