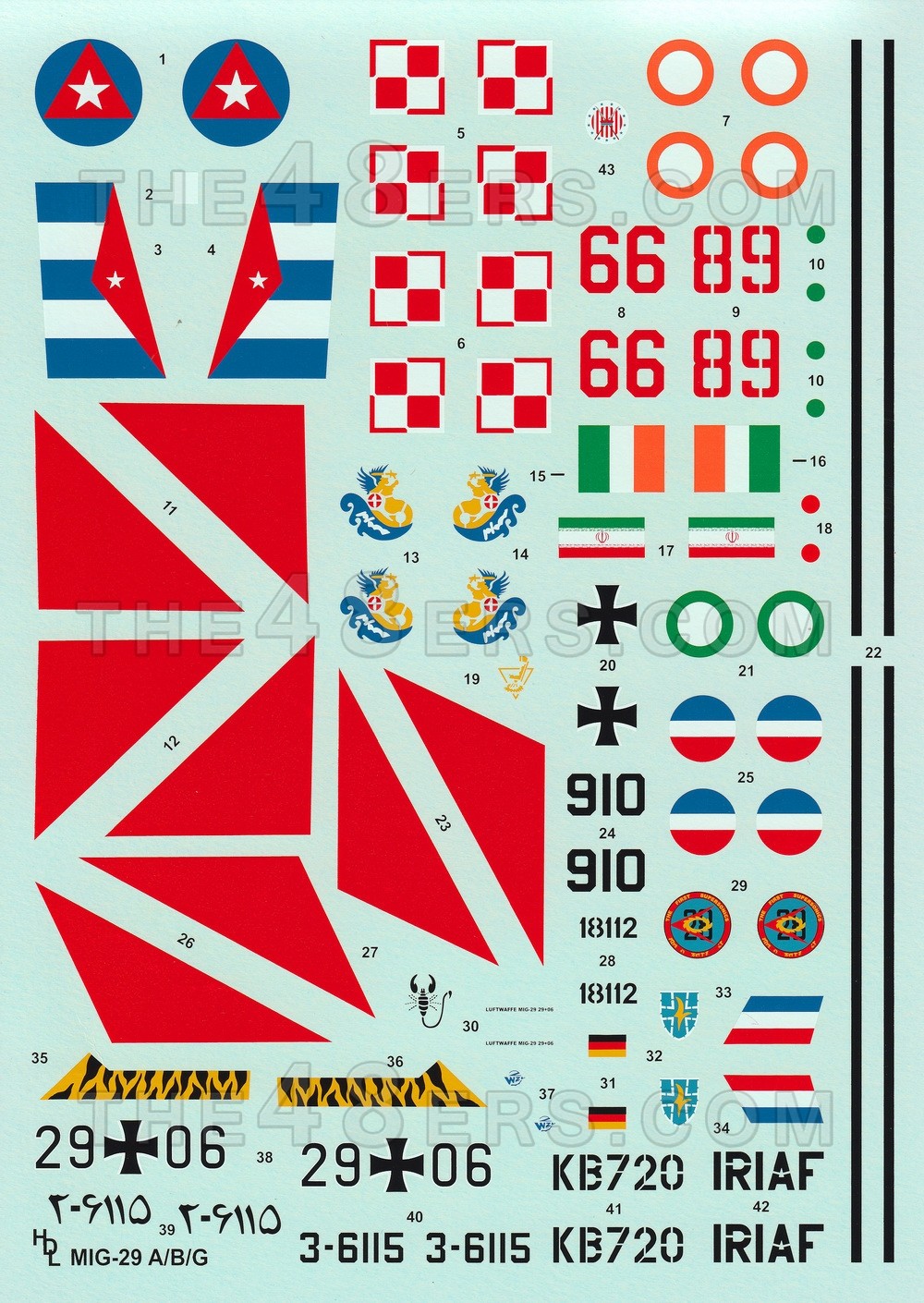 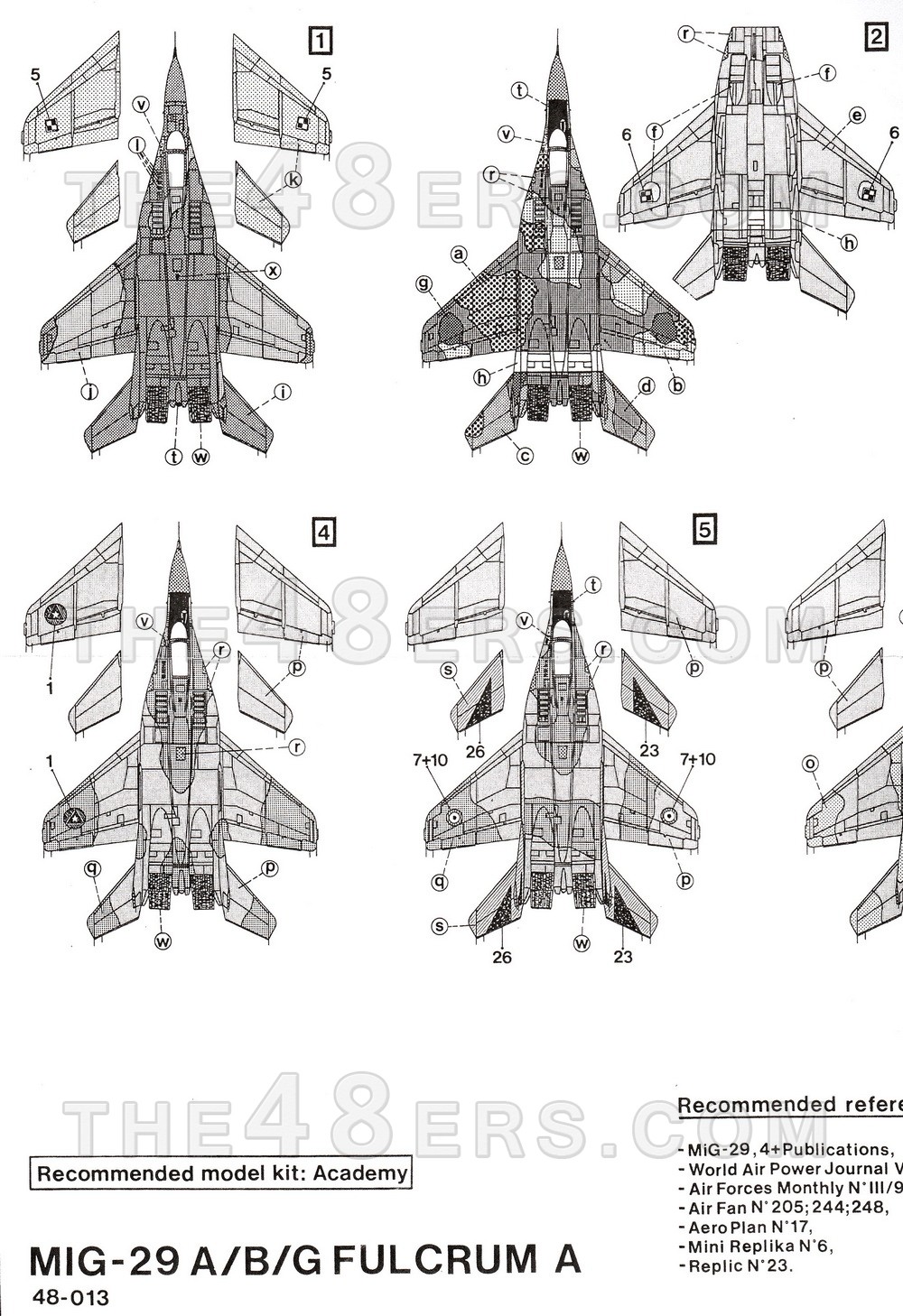 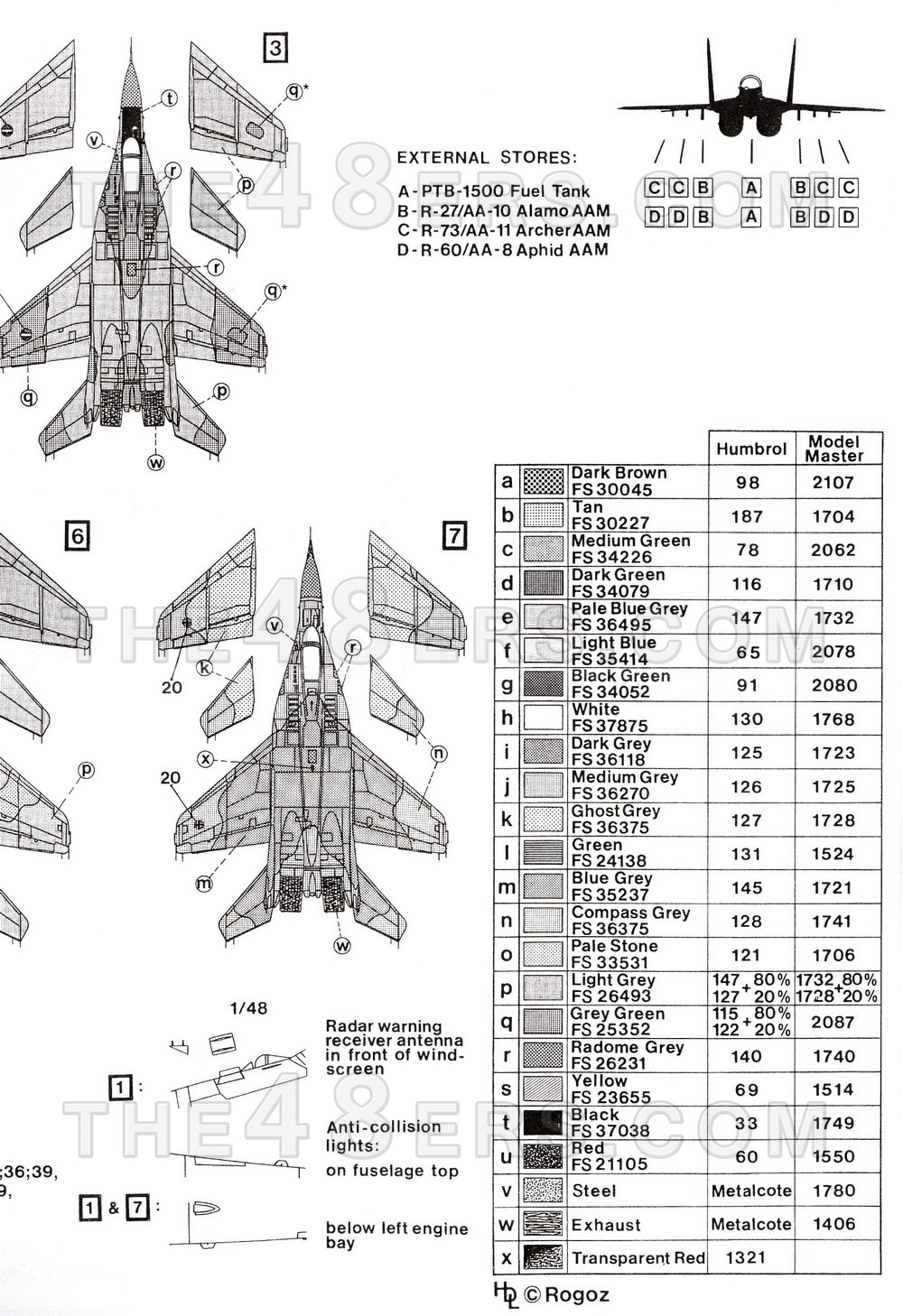 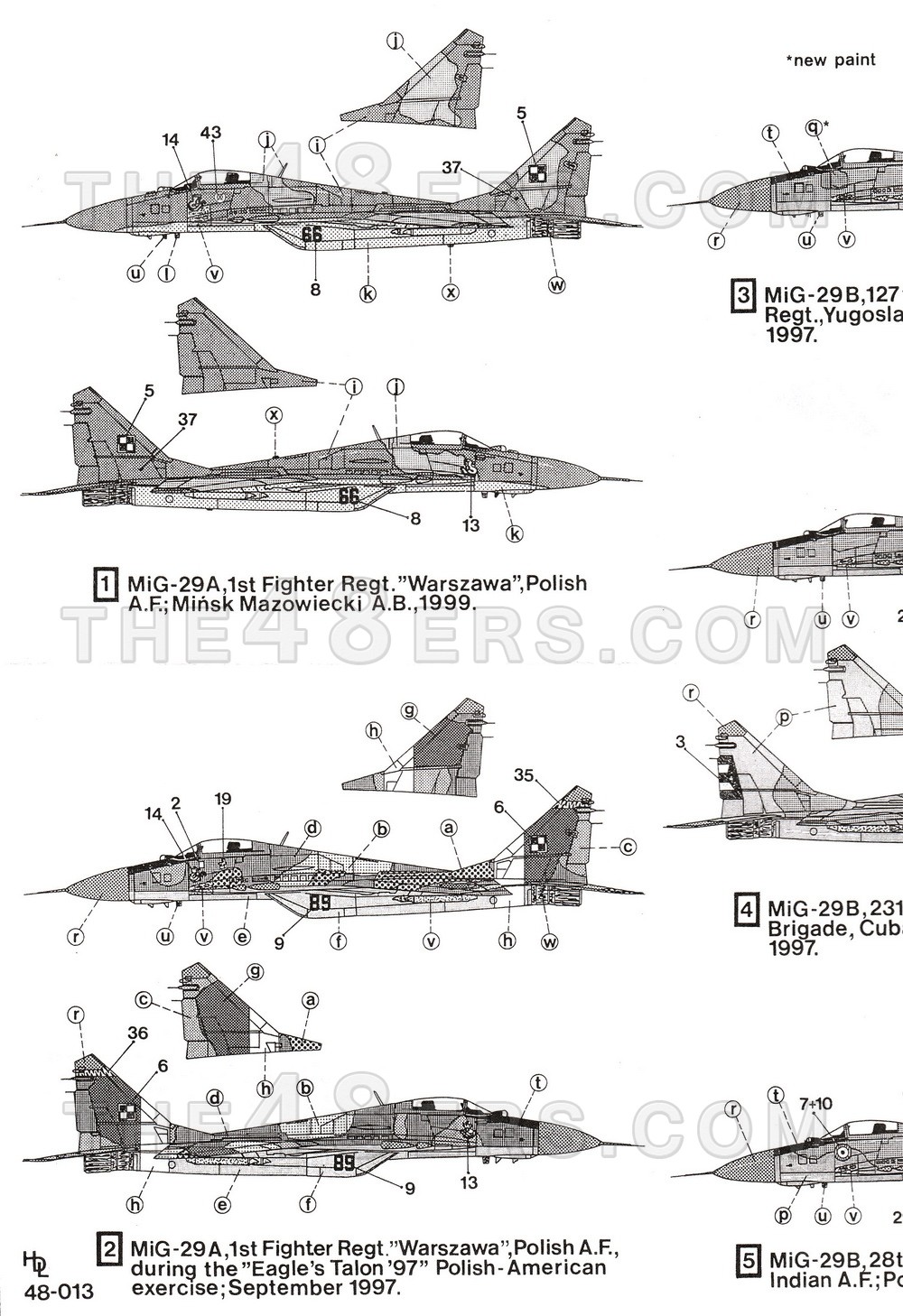 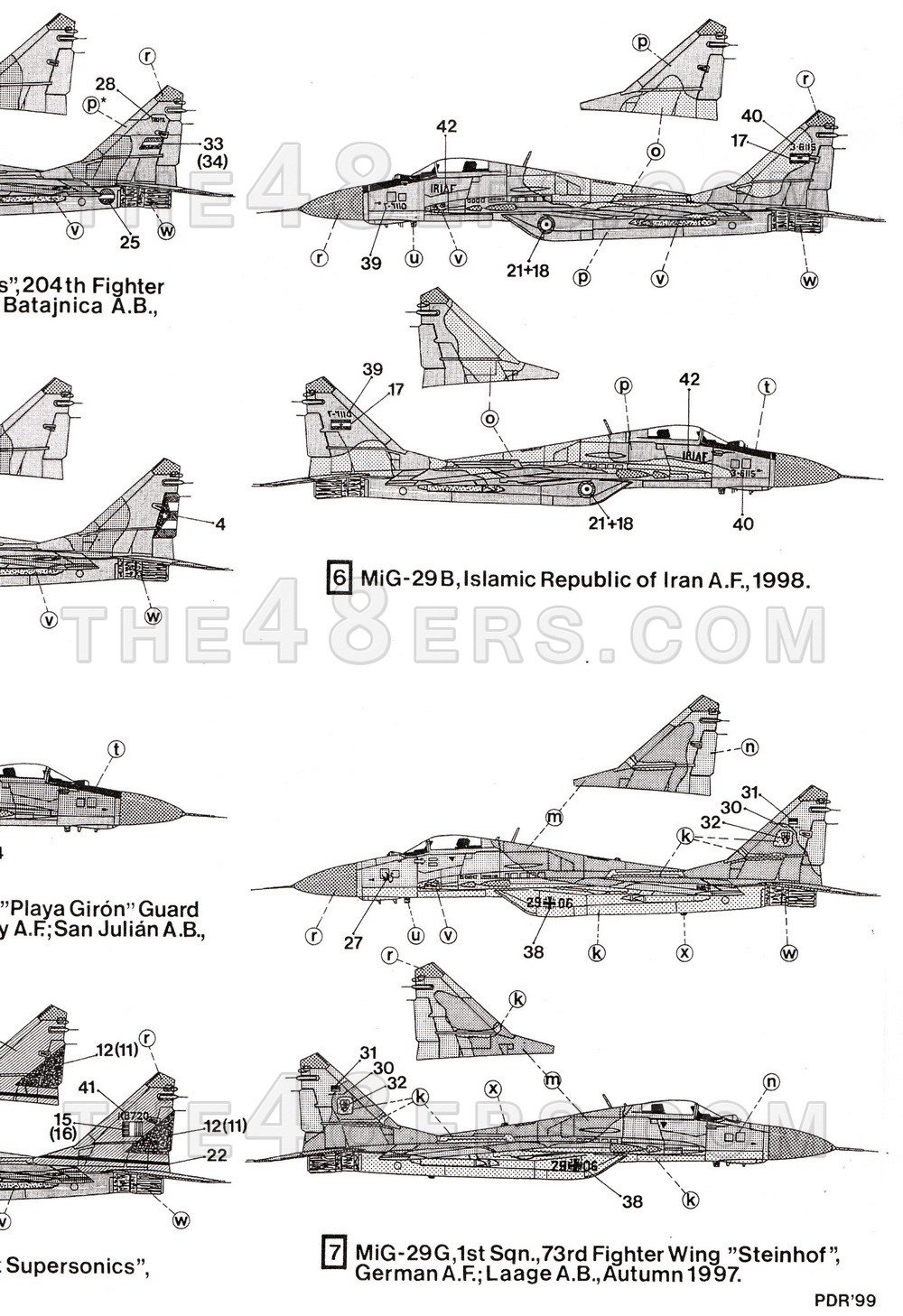 7 Aircraft can be made from this decal sheet. Jets that can be done with this sheet include Polish, Cuban, German, Yugoslavian, Indian and Iranian Fulcrum As. One of the Polish MiG 29A's that flew against American planes in "Eagles Talon '97" has some modest Tiger Stripes at the tops outside of the vertical stabilizers.The German MiG 29G has a Scorpian below the canopy on the left side of the fuselage. The red/white and blue national insignias of the Cuban plane are quite eye catching as are the markings for the seldom depicted Iranian MiG 29. By Hi-Decal
You may be interested in...
My account
Information
Help
Contact us