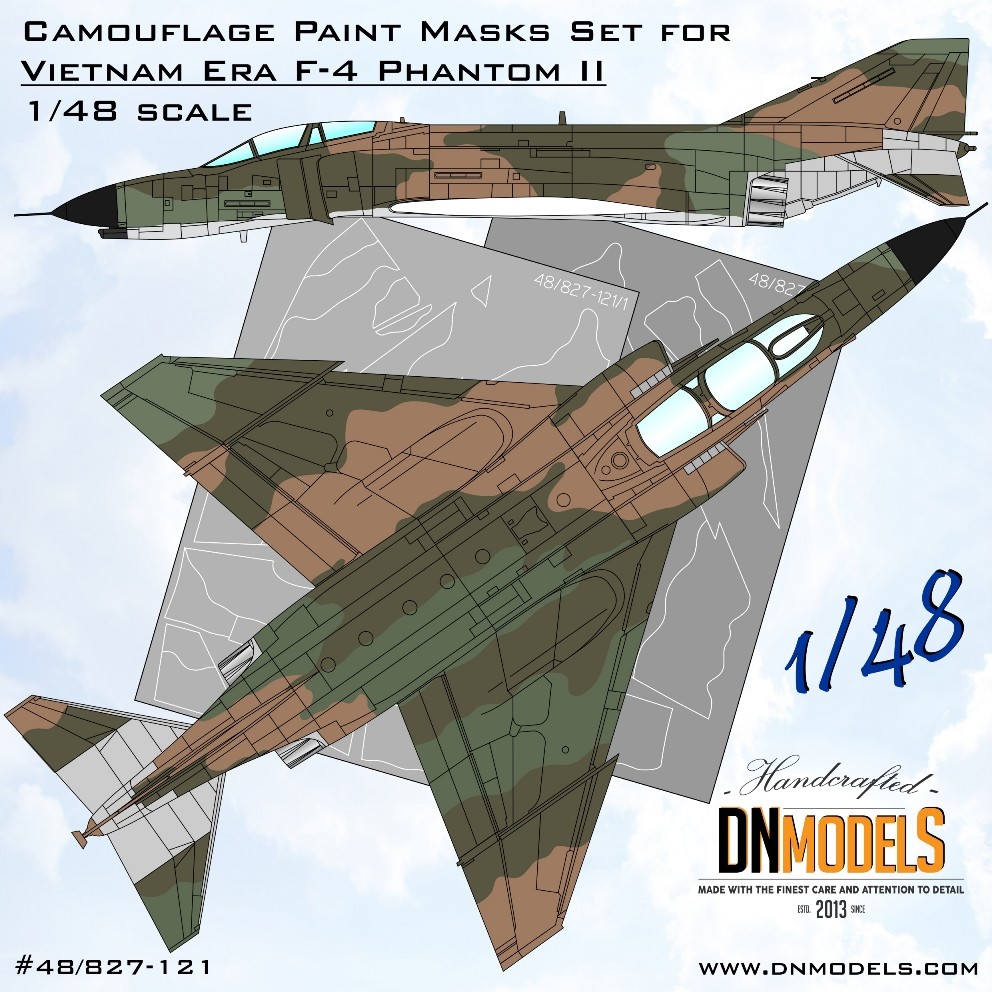 The set includes two sheets of pre-cut masks (shown in the picture). The masks are made from thin masking tape, which is easy to be peeled off and doesn’t leave any stains. The tape is tested on clear and painted model too. If carefully removed after painting, they can be used over and over again. It is flexible and easily applied over curved surfaces. Semi-transparent for easy and accurate placing.

F-4 Vietnam Era Camouflage pattern was the Earth-Tones Camo Scheme applied on the USAF fighter jets that fought in South-East Asia. It proved to be very effective, even though carrier-based MARINES and NAVY Phantoms never received similar paint job. However, A-1, F-100, F-104, F-105, F-5, F-111 and others were painted in the same colors, due to the effectiveness of the scheme. Various modifications of the F-4 were flown colored in that manner /some with slight variations of the pattern/, including the definitive USAF variant, the F-4E. All of them were US Air Force jets. Robin Olds’ F-4C was also painted in that scheme, as well as other Vietnam Era USAF Aces’ planes. Some of the reconnaissance Phantoms were also covered in that camouflage.

by McDonnell Douglas was sold to many foreign ally countries, with some of those receiving their jets straight from South-Asian US warbirds surplus. Sometimes, these planes were delivered to the receiving country directly from transferred Phantoms /while on their way back to the US/, thus keeping their Vietnam War appearance. The paint job can be seen on F-4s used by Turkey, Greece, Australia, Spain and Sount Korea. Later on, these jets were repainted with the low-vis two-tone grey camouflage. Nevertheless, this standard camo-scheme is the most recognizable F-4 Phantom paint job ever applied.